Contractor paid over $130K for work on collapsed building 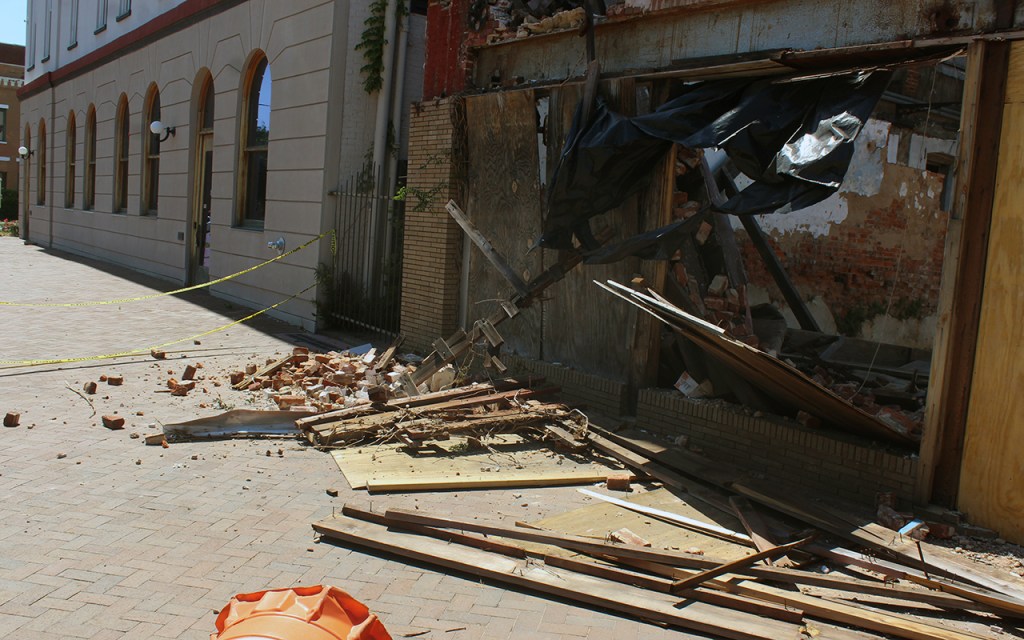 The front façade of an aged and historic structure on Water Avenue, beside the Selma Interpretive Center, collapsed recently, despite the city having paid an unlicensed contractor more than $130,000 to work on the structure, according to financial documents provided to the Selma City Council by Selma Mayor Darrio Melton.

Contractors taking on jobs over $50,000 must be licensed with the Alabama Licensing Board for General Contractors (ALBGC) and, according to ALBGC Investigator Rusty Mascari, the contractor paid for the work on Water Avenue has been called before the board on two occasions for working on projects without a license.

Additionally, the contractor was paid an additional $50,000 in July 2018 for stabilizing the front façade on the building.

According to the ALCGC’s website, it is against the law for an entity to be hired for such work without a license and any contract becomes “null and void” if undertaken by an unlicensed business, which means that the city will have no recourse if the work is done improperly.

According to Mascari, the contractor that took on the Water Avenue project has never been licensed with the board and the city can be fined up to $5,000 for each instance in which his services were utilized.

Additionally, commercial properties being demolished are required to file a notice with the Alabama Department of Environmental Management (ADEM) at least 10 days before demolition work begins so that an asbestos inspection can take place.

According to ADEM’s Don Barrion, no such notice has been received by the department regarding the property on Water Avenue.

In October 2018, a year after that vote, the council voted to require that all payments come before the council for approval.

Though Bowie does not recall the council signing off on any of the contractor’s projects, Councilwoman Miah Jackson said that at least one job was bid out and the contractor was awarded the job.

Jackson said that the council asked Selma Planning and Development Department Director Henry Thompson if the contractor had all of the appropriate paperwork, such as the proper licenses and insurance, and was assured that he did.

But the work on Water Avenue is only a glimpse at the work that this unlicensed contractor has been hired to perform over the years, which comes close to $400,000 between November 2016 and November 2018.

The following payments, dictated in the city’s general ledger, do not represent all of the payments the contractor received over the two-year period:

• In February 2017, the contractor received two payments of $5,500 only two weeks apart for installing oversized doors with locks at the Selma Welcome Center. That same month, the contractor was paid $2,250 to install a “cabinet, sink and faucets” and paint walls, as well as $2,500 to paint two offices;

City representatives have since stated that the contractor is no longer being employed by the city.

The mayor’s office could not be reached for comment.