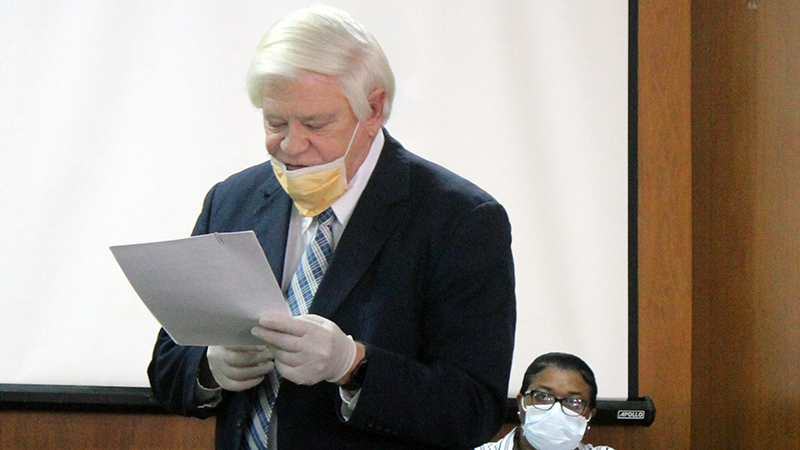 The Dallas County Commission met for the third time during the ongoing COVID-19 pandemic on Monday evening and discussed resuming operations at the Dallas County Courthouse, which closed its doors to the public on April 1.
During the meeting, the commission unanimously voted to begin resuming operations at the Courthouse on Monday, May 18, exactly one week after Monday’s meeting.
According to a plan drafted by Dallas County Attorney John Kelly, Dallas County has already begun, and will continue to implement plans for the reopening of the courthouse.
Courthouse employees are returning to work, as appropriate, while the courthouse continues to be closed to the public except through certain appointments.
Other preparations to reopen the courthouse include the installation of Plexiglas barriers and crowd-control stanchions to manage the flow of the public through buildings: installation of signage to communicate instructions; and performing deep cleaning and disinfecting.
As the Dallas County Courthouse enters “Phase 1” of its reopening, the public will be allowed into common areas of the Courthouse via the main entrance at Lauderdale Street while those with disabilities will be allowed in through the rear door where the access ramp is located.
The “one way in and one way out” method of allowing citizens into the courthouse will allow courthouse personnel to closely monitor the number of people in the building.
Other measures to ensure a safe reopening of the courthouse include temperature checks of those who enter the courthouse; requiring everyone in the courthouse to wear face masks and gloves, providing them when necessary; encouraging individuals to use hand sanitizer upon entering the building and ensuring employees and visitors have access to hand sanitizer; allowing no more than two people on the elevator: encouraging customers make non-cash payments; and observe the government’s social distancing guidelines at all times.
As the commission discussed plans to reopen next week, Dallas County Commissioner Larry Nickles was the first to say that just because the courthouse will reopen, does not mean the threat of the virus is gone.
“That don’t mean all is well and [we] can go back to the lifestyle we lived before,” said Nickles. “We still want people to know, it’s still out there and they need to be cautious.”
Additionally, the commission voted that, beginning Tuesday, at least one employee from each department must be present in order to take phone calls.
“There should be someone in every office to answer the phone,” Said Dallas County Commissioner Roy Moore. “That way when the public calls, they can be told what’s going on.