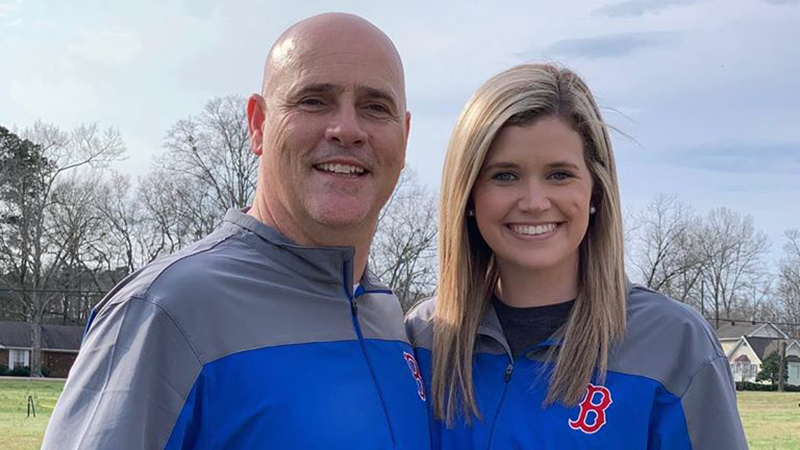 Morgan Academy has named a new head coach in softball and volleyball.

Taylor Thomas is the Lady Senators’ coach in softball and volleyball. Thomas was officially hired by the school this week.

“I look forward to my time at Morgan Academy,” Thomas said. “This is a new beginning for me and I look forward to building a strong foundation for these girls that are in the same shoes I was in 13 years ago, on my first day of seventh grade. I want my players to understand that I was in their shoes once and that they can come to me for guidance and support throughout my time at Morgan Academy.”

Next spring, Thomas will graduate from the University of Alabama with a degree in secondary education social sciences.

Morgan Academy headmaster Mark Knight said Thomas will be a solid addition to the school in the fall.

“We are excited to have Taylor Thomas as our new volleyball and softball coach,” Knight said.  “She comes to us from the University of Alabama where she is completing her degree in secondary education and social science.  She played softball at the collegiate level and has several years’ experience coaching travel softball.  She holds multiple high school and state-level softball records from her pitching career at Berry High School.  In addition to her skill and knowledge, she brings great enthusiasm to our program.  I believe she will be a motivating force with our girls.”

Most of Thomas’  bloodlines are in softball. She was an assistant coach under her father, Darrell Thomas, at Berry High from 2016 until 2018. Thomas is the head coach for Elite 9, a travel fastpitch team. She played from seventh-grade until graduating in 2012.

“My dad is a coach like no other, he pushed me to be the best I can be and shaped me into the strong, dominate and successful player that I was,” Thomas said. “ My parents are my biggest support system and they both taught me very important values that have shaped my life and I am forever grateful for their love and support throughout every decision I have made in life.”

Cameron Prince disappointed not to finish baseball career at…