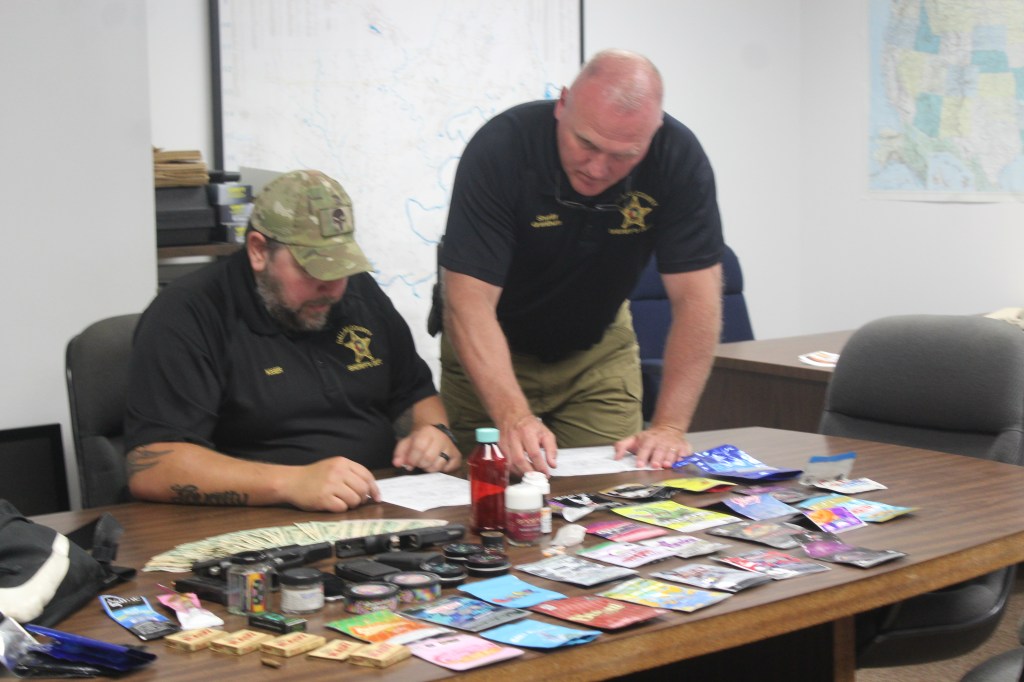 The Dallas County Sheriff Office made a drug bust for the second straight week.

Dallas County Sheriff Mike Granthum said deputy Michael Kiser pulled one car over as Harris drove by. Kiser smelled marijuana in the air and eventually pulled Harris over at the Pine Glen Estates on Circle Drive at Craig Airfield around 7:30 p.m. Granthum said Harris admitted to Kiser and members of the Bureau of Alcohol, Tobacco, Firearms and Explosives that he had drugs and a gun in the car.

“Since the COVID-19 pandemic, we’ve seen an uptick on drug charges and domestic violence,” Granthum said. “This is our biggest bust in the last six to eight months.”

Granthum sees a bigger picture in the local drug trafficking.

“These drugs in large amounts wasn’t for their personal use, we think they’re distributing these drugs in our community to our kids and that is not good,” Granthum said. “We’re going to get rid of them.”