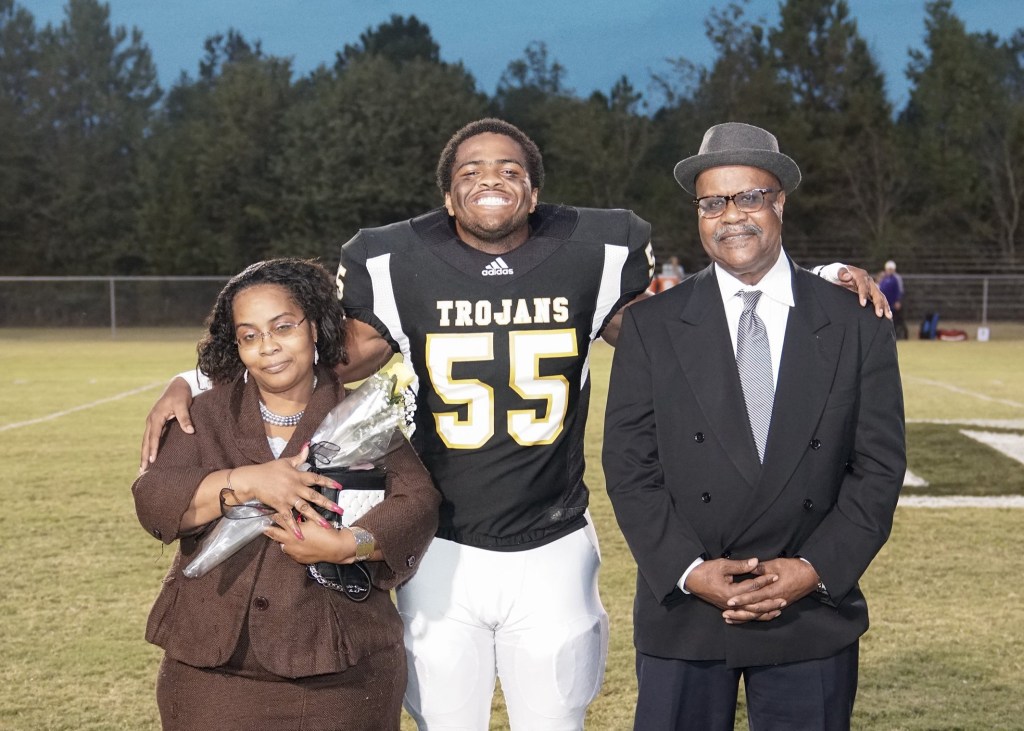 The COVID-19 pandemic gave Christian Walker an opportunity to jumpstart his next career path.

Walker is preparing to join the U.S. Marines Corp after graduating from Meadowview Christian School.

When Gov. Kay Ivey ordered the closing of K-12 schools statewide on March 13 and forced online classes, Walker decided to prepare for the military.

“It wasn’t frustrating to me like a lot of other students, I took the schools closing for what it was,” Walker said. “I noticed a lot of people took it in a negative way, I saw the positive. I saw the closing of schools as more time for me to do other things.”

Walker, a member of The Selma Times-Journal All Dallas County football team, said he’s already signed up for the Marines, but unsure of a departure date.

“I was set to go later this year, but I may get the chance to go this summer,” Walker said.

“I love everything what the Marines stand for: honor, courage and commitment,” Walker said. “I’m putting everything I have into it.”

Walker, who was also a member of the MCS track team, will graduate with honors. Walker has a 3.1 GPA and enjoyed his one year as a Trojan.

“Playing at Meadowview Christian was a great experience and gave me the opportunity to be a role model for the younger kids,” Walker said.

Walker said one of his favorite prep memories is making the All Dallas County football team with two different schools, MCS and Ellwood Christian Academy.

“It was an honor to be good at football,” Walker said. “Being All Dallas County twice was a great and humbling experience.”