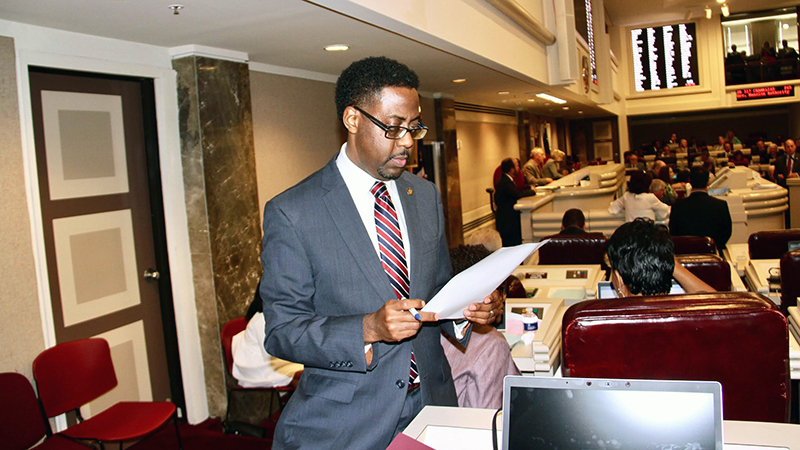 Following an announcement earlier this week that the Alabama Legislature would reconvene May 4 to approve the Education Trust Fund and General Fund budgets, Alabama House Democrats released a statement Wednesday expressing concerns that lawmakers would rush to pass the budgets.

“This year’s budget may be the most important ever,” said Alabama House Minority Leader Rep. Anthony Daniles, R-Huntsville, in the Wednesday statement. “The more we know, the better positioned we’ll be when it’s time make important choices. Right now, there are just too many unanswered questions and the future of our state is at stake.”

In the statement, lawmakers noted that the COVID-19 pandemic, which halted the 2020 Legislative Session on March 12, “has had a devastating impact on every aspect of the state and state economy.”

As such, both budgets must be crafted in such a way that they meet the state’s needs as it recovers from the economic effects of this crisis.

“This year’s budget isn’t about checking a box,” Daniels added. “It’s about assembling a strategic and comprehensive plan to combat coronavirus and launch our recovery. Don’t rush the budget. We have a job to do, let’s do it well. We want a budget done the right way, rather than one done right away.”

“We are very concerned about rushing through a budget where we do not yet know the full impact this global health crisis will have on the state’s finances and the extent of the needs to be addressed,” Chestnut said.

And while House Democrats released a statement decrying the projected strategy, Chestnut asserts that the issue goes beyond partisanship.

“We are not the only ones concerned about the proposal of jumping into this with so much uncertainty abound,” Chestnut said. “There are persons on the other side of the aisle who do not think this is wise.”

The statement released Wednesday by House Democrats backs this up – the statement noted that, following the press conference announcing the first phase of reopening, Ivey “expressed surprise and concern over passing the state’s budgets without adequate information.”

For Chestnut, taking the time to ensure that the budget is done correctly means that legislators won’t see the state coming up short further down the line.

“There is a proverb that states ‘The plans of the diligent lead to profit as surely as haste leads to poverty,’” Chestnut said. “We must be thoughtful, wise and prudent when dealing with taxpayer money – rushing to a budget at this time is simply not prudent. We need to do this budget the right way, instead of doing it right away. It is better for a carpenter to measure ten times and cut only once, instead of measuring one time and cutting ten.”