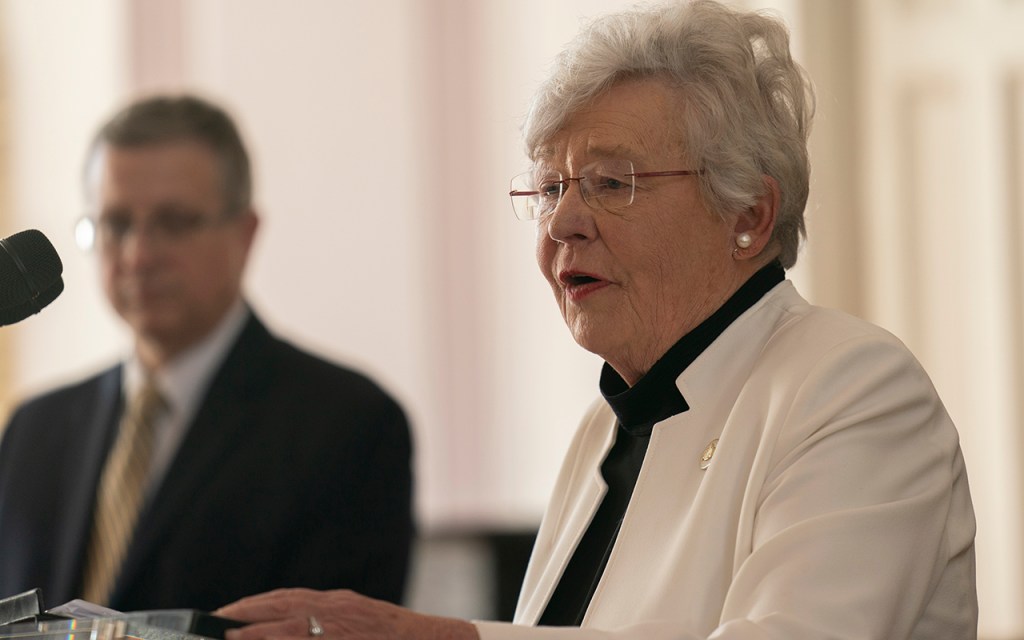 Governor Kay Ivey held a Press Conference to give an update on the Corona Virus Tuesday April 14, 2020 in Montgomery, Ala. (Governor's Office/Hal Yeager)

At a press conference Tuesday morning, Gov. Kay Ivey announced that once the current state-wide stay-at-home order – issued April 4 – expires on Thursday at 5p.m., the state will immediately begin a “Safer at Home Order” scheduled to expire May 15.

Ivey called the new order the “first phase of what we hope and expect will be a multi phased reopening of our state”.

Under the Governor’s new order all retail stores that reopen must not allow customers to exceed a 50 percent occupancy rate while retailers enforce social distancing among customers and take proper sanitary measures in compliance with Centers for Disease Control (CDC) guidelines.

The Governor said that as the state’s beaches reopen, beachgoers must maintain a six-foot distance between themselves and that these measures will be enforced by the elected officials and authorities of Alabama’s coastal towns.

Under the Safer at Home Order, individuals are still encouraged to wear masks or protective coverings in public places, sanitize and wash their hands frequently and regularly disinfect heavily used surfaces.

“Make no mistake my fellow Alabamians,” said Ivey. “The threat is not over.”

Under the new order entertainment venues, athletic facilities and close contact service providers are to remain closed and restaurants will still be regulated to drive-through and take-out services, though Ivey said she is soon meeting with the state boards that regulate the establishments to discuss future openings.

“This has not been an easy process. We are not living in the perfect world we want to be.” Said Ivey. “However, the people of Alabama have done the hard things to help us all get back to our routines as soon as possible and today, we’re making another step in that direction.”

Ivey said she sought council from many different sources before deciding on the Safer at Home Order and said the final measure offered a “balanced” approach to keeping Alabamians safe and reopening the state’s economy.

“Reopening Alabama’s economy is certainly not as simple as flipping a switch or snapping your fingers,” she said.