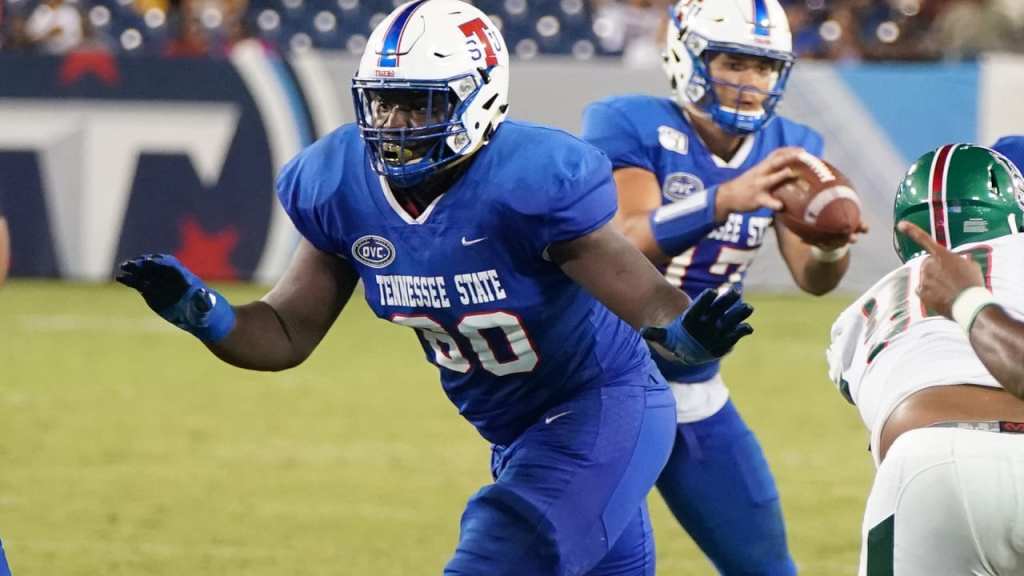 Orrville native Lachavious Simmons was picked by the Chicago Bears.

A Orrville native was picked in the seventh round of the NFL Draft.

Tennessee State offensive linemen Lachavious Simmons was selected by the Chicago Bears in the seventh round of the NFL Draft. Simmons was the 227th player selected overall.

Simmons is a former Selma High standout and graduated in 2015.

“I’m so excited to get to Chicago and be great in the Windy City,” Simmons said in a teleconf

At 6-foot-5 and 315 pounds, Simmons will have an opportunity to compete for playing time.

“I’m a guy who can compete on the first day in because I was born on a farm,” Simmons said. “I’m a blue-collar guy who grew up on a farm, throwing hay bales, disciplined. I feel like my hard work, it can match anybody’s.”

“I went down there and I think I performed well,” Simmons said. “A lot of teams saw how I can move and play different positions, and that helped me out a lot.

Simmons thanked TSU for putting himself in position to have an NFL career. Simmons played in 41 games during five years with the Tigers.

“My time at TSU was amazing,” Simmons said. “The friendships I built and the relationship with the coaching staff was amazing. I would like to give a special thanks to Russ Ehrenfeld. If it wasn’t for him, I would not be the player I am.”