TKO reaches out to families in need during crisis 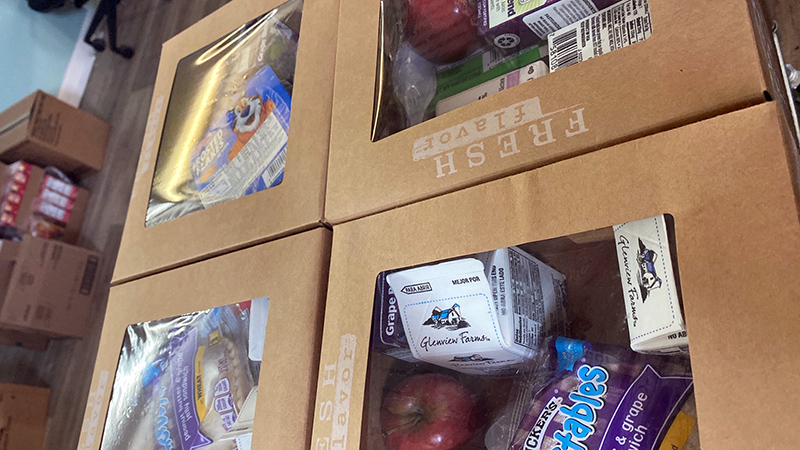 Selma non-profit organization, The Knights and Orchids Society, Inc. (TKO), is currently delivering food to families in need in Dallas, Marengo, Perry and Wilcox Counties.
According to Christina Nicholson, TKO’s community relations specialist, the non-profit organization empowers queer and other oppressed communities to create systems that improve the quality of life, justice and equal rights and provide opportunities to maintain healthy lifestyles.
Nicholson said TKO already had a food pantry where those in need could come pick up food twice per month but in light of the COVID-19 pandemic, TKO has shifted to making deliveries on Tuesdays, Wednesdays, Fridays and Saturdays.
“It’s been and adjustment, but we are committed to our work and our community so we’re more than happy to be able to provide for those in need as long as we are able,” said Nicholson.
Nicholson said it become apparent the deliveries would be necessary once Gov. Kay Ivey announced that Alabama schools would not return to school for the remainder of the school year.
“Once we realized that schools would be closing until the end of the school year we knew that this would greatly impact several families, particularly those in Dallas, Marengo, Perry and Wilcox counties,” said Nicholson. “For instance, Alabama has a state food insecurity rate of 18 percent, Wilcox County, one of the areas we serve, has a food insecurity rate of 33 percent. People who were already struggling to feed and care for their families need help now more than ever.”
Nicholson described the way community volunteers and supporters have come together as overwhelming, giving a shout out to Birmingham-based Yellowhammer Fund, one of the organization’s biggest supporters.
“The way our community of supporters and volunteers has come together has been overwhelming, and we are so grateful,” said Nicholson. “One of our biggest supporters has been Yellowhammer Fund based out of Birmingham. Making sure that children and families have the food and resources they need is the heart of reproductive justice work, which is a focus that we share with them. It has been encouraging to see how far we can carry our mission to help others when it feels like everything around us is falling.”
According to Nicholson, TKO is currently delivering 400 bags of groceries and family care items across its four-county service area.
“When we started, several of the families that we interacted with in our initial visits let us know that our deliveries came right on time because they didn’t know how they were going to feed their families that day or they had just ran out of diapers for their children,” said Nicholson. “They have been sharing what we do with their neighbors, and we see even more families and children each week that we do our deliveries.”
Nicholson urged any family in Dallas, Perry, Marengo or Wilcox County in need of food delivery to call or text (334) 603-1716 and that added that the food delivery program will continue as long as food donations and volunteer help are available.