Sewell: These are ‘scary and confusing’ times in state 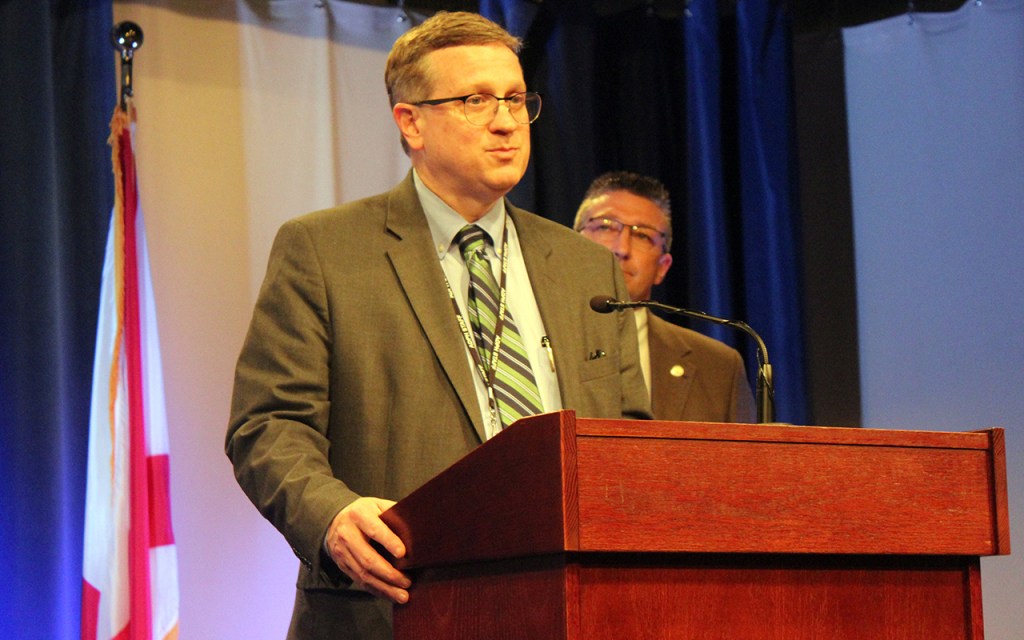 “I know that right now is a scary and confusing time,” Sewell said, noting that officials are “making every effort” to prevent the spread of the disease and open more testing sites across the state.

Sewell touted two virus-related bills that have recently been signed into law – the first was the $8.3 billion spending bill to help agencies prepare for the pandemic and the second, the Families First Coronavirus Response Act, takes aim at the economic fallout the virus is causing by providing assistance to workers and families – and noted a third package is on the way.

Harris spoke next, saying that five to seven new testing sites should be up by the weekend.

“We are rapidly trying to increase our ability to test people across the state,” Harris said. “We really all have the power to protect ourselves, to protect our families.”

Harris urged older residents, as well as those with underlying health problems, to stay home as much as possible during the outbreak.

Hastings spoke later in the meeting and stated that Federal Emergency Management Agency (FEMA) workers are embedded with the state department.

Hastings offered praise for counties that have taken a proactive stance amid the crisis but noted that “social cohesion” is needed to see people through.

“It’s really going to be a community effort with neighbors helping neighbors,” Hastings said. “This next couple of months is going to provide opportunities, whether formal or informal, for people to self organize. Extraordinary times require extraordinary solutions. There’s so much uncertainty. There’s so many people that are scared.”

“Imagine that we have a hurricane…already in the gulf,” Benjamin said. “It’s not a matter of when it’s going to hit, it’s a matter of where and how hard.”

Benjamin said that all people should assume that they already have the germ because there is no way real way of knowing whether one does or does not.

Benjamin encouraged people to eat and sleep well, exercise and wash hands regularly, adding that people should not isolate themselves during the crisis.