Report shows city out of step with ordinances 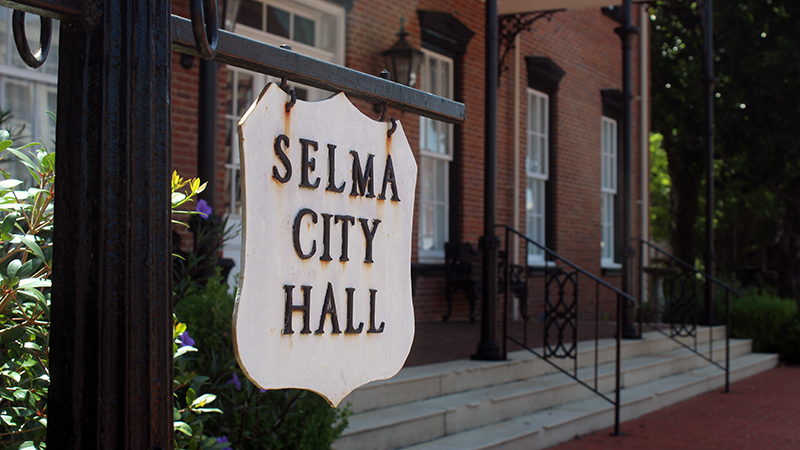 Editor’s Note: Over the next several days, The Selma Times-Journal will publish a series of articles reviewing the report handed down to the city by the Alabama Department of Examiners of Public Accounts, which reviewed City of Selma policies and practices between Oct. 1, 2015, through August 20, 2019.

The months-long audit conducted by the Alabama Department of Examiners of Public Accounts came to a close this week, as the report that documents city financial practices between Oct. 1, 2015, and August 20, 2019, was made available to the public Friday.

Reviewing the executive summary attached to the report, one will find a number of instances where the Selma City Council is reported to have violated multiple city ordinances, the Selma Police Department (SPD) did not follow protocol in the issuance of citations and the city’s Municipal Court was not properly collecting or recording payments, among other revelations.

“The report from the Department of Examiners of Public Accounts is welcomed and serves as a notice that ‘business as usual’ must end,” said Selma City Councilwoman Miah Jackson, who has led the charge in overseeing city finances on the council. “I, and several other council members, have repeatedly attempted to shed light on many of the items noted in the report.”

The executive summary is an overview of the findings detailed in the broader document, all of which will be reported on in detail in future articles.

According to the report, the Examiners Office “attempted to evaluate internal controls at the city’s offices,” but found that “the city does not have adequate written policies and procedures in place to ensure the city is operating effectively, efficiently and in compliance with applicable laws and regulations.”

Among the “internal control deficiencies” laid out in detail elsewhere in the report are reports of the city not accounting for its capitalized and non-capitalized assets, as well as a lack of up-to-date assets listings containing basic information related to city assets, such as serial numbers, descriptions, locations, purchase date and the like.

Additionally, the audit found that the city does not always properly maintain documentation to support the expenditure of city funds, some of which are being made without following the city’s process for approving transactions and processing payments, and that a review of Selma City Council meeting minutes “did not reflect that claims, requisitions and demands are being submitted” by the Selma City Clerk for the council’s approval.

“The disorganized document management within the city offices contributed to practice errors by the departments; it slows the city’s response time to public needs; it costs money through often duplicated efforts because of lost documents; it reinforces dysfunctional departmental silos because data is unsearchable expect by the limited few; and the subsequent inefficiency ultimately stagnates our city’s growth,” Jackson said.

As far as expenditures were concerned, the report found a number of inconsistencies, including the fact that the council “is not properly executing contracts,” noting that the mayor is “charged with executing all contracts on behalf of the city” per the Code of Alabama 1975.

Instead, the report said, those contracts are being executed by the council president, a practice Selma City Councilwoman Jannie Thomas asserts is both legal and necessary.

According to Thomas, the council had to take action when Selma Mayor Darrio Melton refused to act on scores of work orders and other requests – she asserts the council sought guidance from the Alabama League of Municipalities, which indicated that the council should have Selma City Council President Corey Bowie sign off on the contracts.

“The council had to do what it had to do to keep the city going,” Thomas said. “President Bowie did his job.”

“The council sought legal advice and received several opinions regarding the council president executing contracts in the absence of the mayor,” Jackson said. “There was a period the mayor would not communicate with council members, would not attend council meetings, would not address citizens’ concerns and various other negligence and dereliction of duties. With the advice of sound counsel, we acted accordingly. I am hopeful that they mayor will begin working with the council to address the needs of our citizens and businesses, which should be our number one priority.”

The report goes on to state that the council “is not always expending the city’s funds for public purposes” and asserts that the city has awarded a public works contract to a contractor not licensed as a general contractor in the state, both issues that Jackson has addressed in several council meetings.

In fact, Jackson introduced a measure to institute financial monitoring policies that was first rejected by the council, with Selma City Council members Thomas, Carl Bowline and Susan Youngblood joining Jackson in supporting the measure, before being approved later.

“I am glad the report has been released and we can start to move on years-worth of bad decisions, poor advice and a lack of proper controls,” Bowline said. “Past administrations and the current administration, including both past and current mayors, as well as councils, have operated outside the lines and, in my opinion, have been given a gift and now all understand the clear path to repair the damage done to our city.”

Where discretionary spending is concerned, the report found that the city did not comply with its own ordinance in regard to the approval of discretionary expenditures made by the mayor and the council and did not always spend those funds for public purposes.

Additionally, the report states that the city did not always expend funds from the Municipal Government Capital Improvement Fund for capital improvements.

Perhaps the starkest revelations to come out of the report involved the city’s Municipal Court, which was found to lack written policies and procedures regarding internal controls over court records and the responsibility of court personnel, and the Magistrate’s Office, which was found to have “not properly receipted, not deposited and not posted to the defendant’s case” money collected for payments on municipal court cases.

The report specifically states that the Municipal Court has not been collecting all of its fines and court costs – as of August 20, 2019, 2,282 cases still had a balance due of $514,792.45 – and that money that was collected by the Magistrate’s Office was not properly receipted, deposited or posted to defendants’ cases.

Additionally, the report states that the city “is not properly disbursing money collected by the city’s Municipal Court to agencies timely and is not properly reporting all revenues collected.”

The report also states that case file documentation is not being properly maintained in the Magistrate’s Office and that “documentation of the Municipal Judge’s approval of a change in procedure at the city’s Municipal Court was not maintained.”

“Once again, a lack of leadership, training and professional development is at the core of many of the items identified in the report,” Jackson said. “As it pertains to the SPD not swearing under oath, this matter may have been addressed by a chief, who reported to work and was available for discussion regarding the department. I am prayerful with newly-installed [SPD] Chief Kenta Fulford, these and similar problems will be remedied in the near future.”

The report then lists more than a dozen recommendations for the city to resolve the failures and missteps laid out earlier in the summary, including the implementation of internal control policies and procedures, requiring the City Clerk to submit all claims, requisitions and demands against the city to the council for approval, ensuring that contractors are licensed in the State of Alabama before awarding contracts, the implementation of policies to ensure that expenditures for goods and services involving $15,000 or more are competitively bid on and documented and more.

“Many items found in the examiner’s report are echoed in the city’s 2016, 2017 and draft 2018 financial audit report,” Jackson said. “Even more, the previous public examiners and city audits have all noted similar errors in the municipal court as are revealed in this present examiners’ report. None of the findings or recommendations addressed in those reports have been corrected or accepted. It appears to have only worsened, as evidenced in this report.”