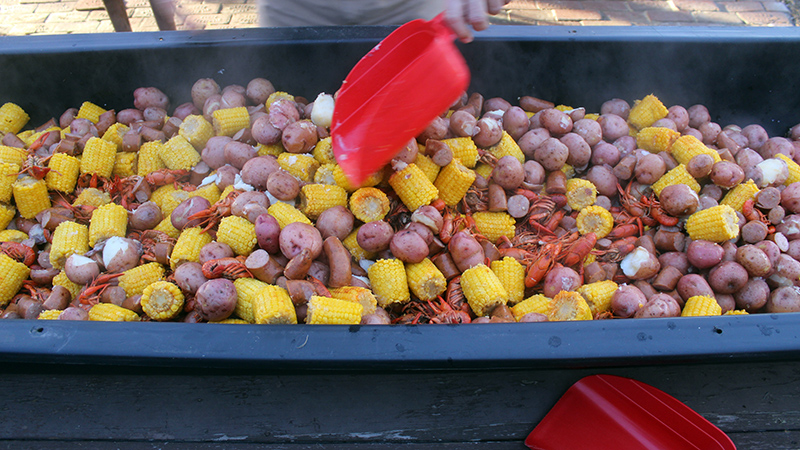 Later this month, the sounds of Cajun music and the smell of seafood will once again waft from the grounds of Selma’s Old Depot Museum.

On Thursday, March 26, The Old Depot Museum’s Annual Low Country Boil will be held at the museum from 6 – 9 p.m.

Tickets for the Low Country Boil are $50 and can only be purchased from Spivey directly at the Old Depot Museum.

While attendees dine and drink to their heart’s content, The Back Door Band from Baton Rouge, Louisiana will once again be providing a soundtrack of Cajun tunes to the event.

“They love coming every year,” said Spivey. “They wouldn’t drive eight hours and then turn around the same night if they didn’t.”

According to Spivey, the Low Country Boil is the museum’s biggest fundraiser and is crucial to keep the museum up and running.

Spivey says it makes her happy to have the community’s support behind her each year, she sells all of the tickets to the event nearly every year.

“It’s just fun,” said Spivey. “It makes the community happy that I’m able to put this on each year and they all know that every dime goes back into the museum. And the fact that I’m able to tell Selma’s history correctly and accurately through these artifacts make me happy.”