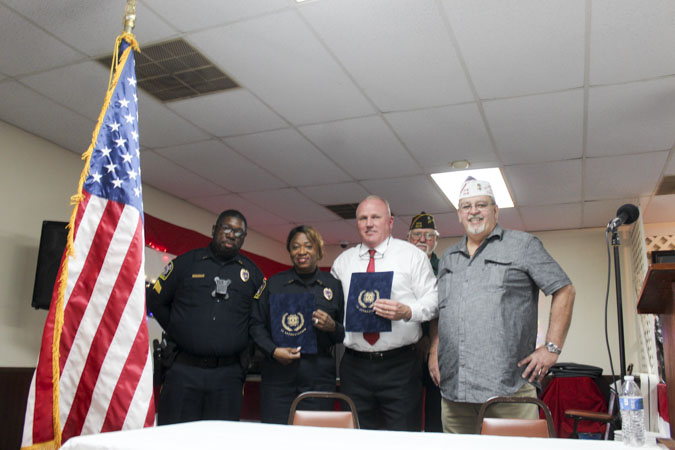 The Veterans of Foreign Wars (VFW) Post 3016 recognized organizations in Dallas County for community service at its annual banquet on Sunday.

Dallas County Sheriff Mike Granthum and Selma Police Department’s Lt. Beauty Benjamin were both named officers of the year in their respective departments. They received $250 checks and certificates by the VFW.

“The award is not about me,” Granthum said. “It’s about my guys beating the ground every day and implementing our procedures. We’re headed in the right direction, but we have a long way to go.”

Benjamin thanked her supervisor, Sgt. Ray Blanks for the nomination and said it’s all about serving the community.

Here are the other winners:

Terrance Venter of the Selma Fire Department (SFD) was named Outstanding Fire Fighter of the year.

The Selma Times-Journal, KIX Country 101.5 FM and WDXX 100.1 FM all received media awards for their “outstanding” coverage in the community.