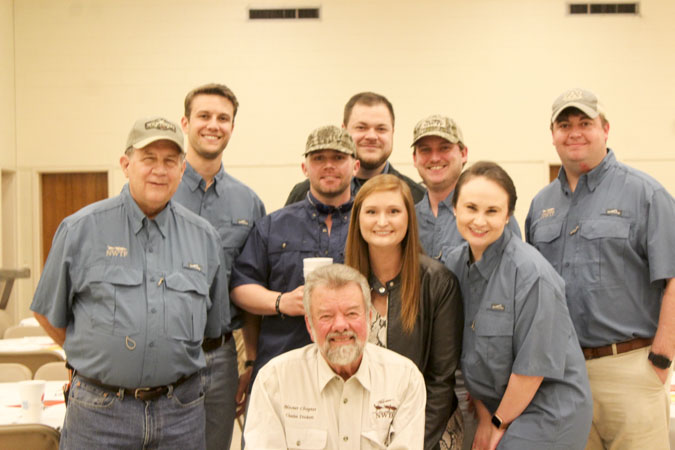 An estimated 200 hunters, conservationists and outdoorsmen attended the event hosted by the NWF group known in Dallas County as “the Blaster Chapter.” The Blaster Chapter has historically been one of the top fundraisers for the NWTF each year. They are only one of four chapters in the nation categorized as a Golden Gobbler, defined as a chapter where at least 50 percent of the money brought in is net profit.

“The national people know who we are,” said Charles Duckett, a long-time member of the Dallas County NWTF chapter. “We try to have a family atmosphere at this event where parents can bring their children and have fun.”

The convention center was filled with turkey hunters and their families from across the state. The banquet featured a seafood meal from Georgia Roussos Catering of Mobile and a silent and live auction featuring knives, firearms, wildlife artwork, luggage and hunting gear.

After the banquet is paid for, all other money collected from the event goes back to the NWTF fund that’s used to preserve and protect public hunting land and wild turkey habitats.

The annual event serves as the kickoff to turkey season, which starts March 21 and ends May 3. Dallas County is in Zone 1.