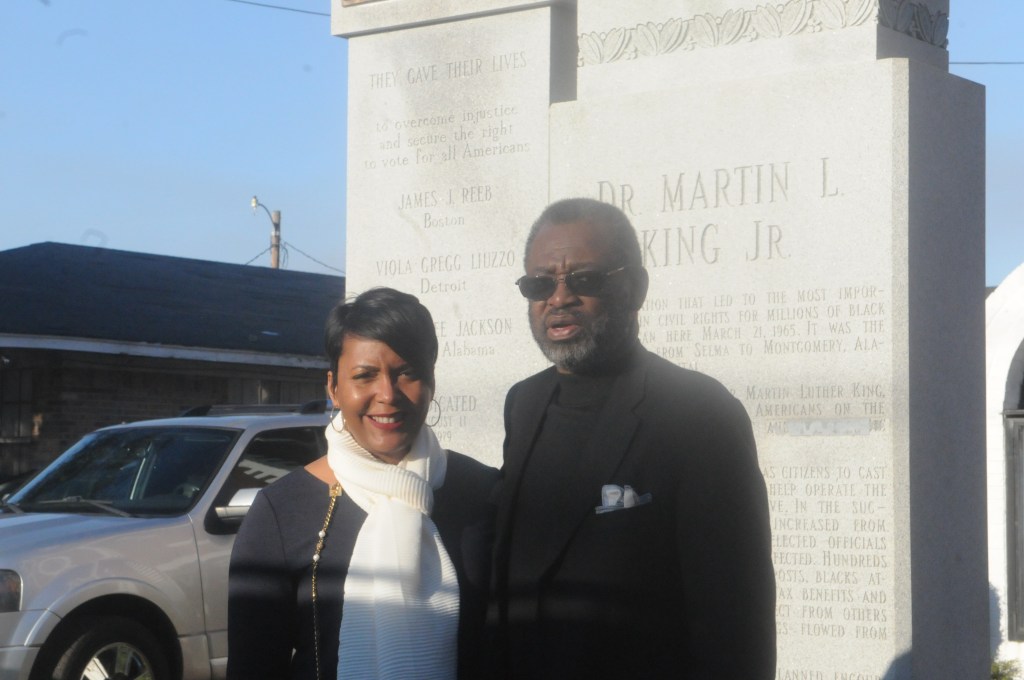 The Legal Defense Fund held a voting rights panel and discussion over the weekend at Historic Brown Chapel A.M.E. Church.

A capacity crowd listened to a panel of six as they discussed restoring the Voting Rights Act and voting rights in the age of mass incarceration.

The panel urged local residents to make their votes count, especially in the city and county elections.

U.S. Rep Terri Sewell, D-AL, said she will continue to fight to bring back the Voting Rights Act.

“I’m happy that so many people came back to re-dedicate themselves for the right to vote,” Sewell said. “The democrats need to take back the Senate and elect a Democrat president to restore the Voting Rights Act.”

“Lewis’ presence should be with us,” Ifill said. “Lewis had a lifetime of service to this country and sacrificed himself.”

Rev. Dr. William Barber II, Pastor and Social Justice Advocate at Greenleaf Christian Church and Co-Chair of the Poor People’s Campaign, encouraged residents to fight for the right to vote.

Atlanta Mayor Keisha Lance Bottoms appeared at the Unity reception and spoke with Brown Chapel Pastor Leodis Strong. Bottoms said she appreciated the sacrifices made for African-Americans to vote in 1965.

“As an African-American elected official, I think we’re all here because of Selma,” Bottoms said. “It would be a disservice if people stayed home and [didn’t] vote on Election day.”