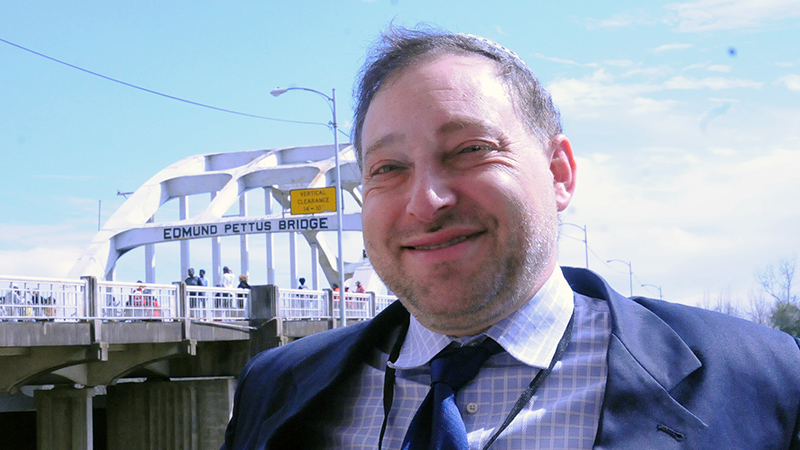 Over the weekend, The Walton Theater screened “Soul Doctor,” the big screen version of a Broadway music written and directed by Danny Wise about the friendship between Jewish songwriter Rabbi Shlomo Carlebach and prolific American jazz singer Nina Simone.

Following the screening Sunday night, Wise led a panel discussion on Jewish and African-American relations, an issue he said is at the center of the film, which details how Carlebach fled Nazi Germany and met Simone, who had recently fled the Jim Crow South, and the two established a relationship that would transform music and the cohesion between the struggles for rights faces by Jews and African-Americans.

According to Wise, he was in the process of producing the world tour of the hit musical “Rent” when he was approached about writing a musical about Carlebach, a man he’d known as a child and had reconnected with later in life.

For Wise, the creation of the movie was triggered by a question – during a panel discussion at Brooklyn College on the Crown Heights riot, before an audience of Black Student Union members, Wise was asked why Jews are always telling black people what they have done for them.

“A lot of people look for answers,” Wise said. “But I’m someone who looks for questions. The answers are out there, but we have to come up with the questions first.”

With that in mind, Wise began pondering why such comments from Jewish leaders can across so condescendingly, why a cohesive narrative could not be established between the Jewish and African-American struggles for equality – the relationship between Carlebach and Simone and the impact it had on Jewish culture seemed a perfect place to start the process of cohesion.

According to Wise, the songs written by Carlebach, inspired by his close relationship with Simone, came to redefine Jewish musical traditions and revive a sense of pride in identity and culture.

“All denominations of Judaism…they all sing and they all do Shlomo’s Friday night and Saturday service,” Wise said. “Ninety-percent of the music is his music. All throughout the world they sing his music.”

Wise noted that there was apprehension at including his film in the recent New York Kwanzaa Film Festival – an organizer originally opposed including the movie in a black film festival, but changed his mind after seeing it and the film went on to win awards for Best Picture, Best Original Score, Best Editing and Best Screenplay.

Now, Wise said hundreds of black communities, churches and organizations are reaching out with requests to screen the film, specifically because it celebrates what the African American community did for the Jewish community, rather than the other way around.

“Judaism today was reshaped, reinvigorated and revived by being open to African American culture and heritage,” Wise said. “Too often, when we talk about progress, we talk about what we’re going to do for the black community and it’s never about ‘we need you.’ You have something we need, not just in jazz or hip-hop or athletics, but science and medicine and education and culture.”

Simone went on to record several of Carlebach’s songs, some in Hebrew, and performed many during concerts, one of which was filmed.

For his part, Wise believes the movie being shown in Selma during the 55th anniversary of Bloody Sunday only adds to the power of both the story and the history that surrounds it.

“I really am experiencing first-hand how the Civil Rights Movement wasn’t about people being active, but it activated millions of sleepers within the African-American community, and around the world, and it happened here,” Wise said. “It was in meeting the people here that I realized that Dr. [Martin Luther] King chose this town…because of the people here. Being a part of this and having this story as a way of entering part of the conversation on race relations…it really is something that has taken this story beyond the work of entertainment. It’s where art imitates life. The film itself is becoming a catalyst for change. And by it being shown in Selma at this time is emblematic and brings to the forefront how this film can be transformative in how people think about race relations.”