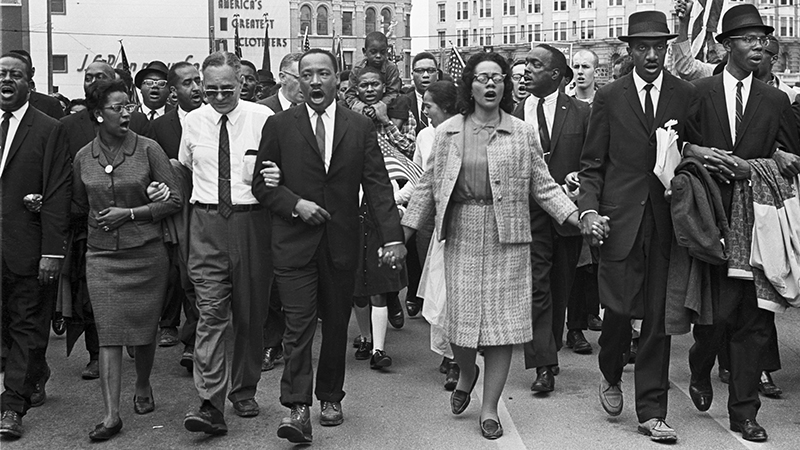 Dr. Reese played a vital part in bringing the Southern Christian Leadership Conference and Dr. Martin Luther King to Selma, to help lead the protests against voter discrimination in 1965. Reese wrote a letter on the behalf of the “Courageous Eight” to King, inviting him and the SCLC to Selma to join the fight for the right to vote for African Americans.

Marvin and Alan Reese are both owners and founders of The Frederick D. Reese Foundation. Marvin is the Chief Financial Officer, with Alan serving as Chief Executive Officer. They both reside in Atlanta.

“We welcome the pressure, it is our duty to continue the never-ending fight,” Alan Reese said.

“Our thoughts on the legacy is that there are a lot of Unsung Heroes who laid the path for the Voters Right Movement,” Marvin Reese said. “They may get recognition locally, but not on a national level. For example, our grandfather’s pictures are in most history books but there is no name.

“There are people who have taken credit or who has been given credit for this movement on a national stage. Let’s remember it was Dr. Reese as the President of The Dallas County Voters League, who officially invited Dr. King and the SCLC to Selma. There have been times when people were recognized or given honors for the movement and others have not.”

Alan Reese said the 10-chapter book is a reminder of his grandfather’s legacy.

“We are keeping his legacy alive by continuously promoting his autobiography; “Selma’s Self-Sacrifice,” Alan Reese said. “We also have the foundation, The Frederick D. Reese Foundation. Our podcast, “The Lineage”, is where we have those uncomfortable conversations. For example, we feel that we should be holding the Black Churches accountable for the state of our community.

“I think the Black Church needs to get in the business of teaching people trades. Back in the day, preachers led from the front. They talked about the importance of being registered to vote, encouraged the church to go out into the community and help their people. At the end of the day we have to understand, is what the Black Church means to the Black community is different than what the White Church means to the White Community.’’