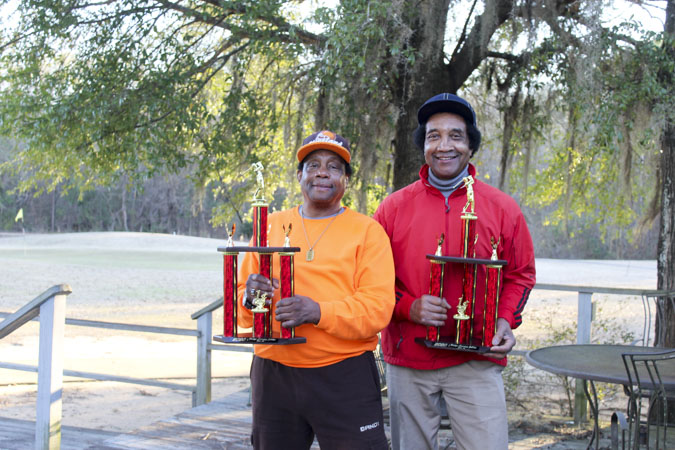 Frank Smith and Al Page shot a 3-under-par 69 to win the tournament hosted by the Selma Almanae Chapter of Kappa Alpha Psi Fraternity, Inc. at the Valley Grande Golf Course.

Smith and Page beat the team of Al Patterson, Julius Patterson and Calvin McTier by one stroke.

“We almost bogeyed on the eighth hole and I parred hole No. 10,” Smith said.

“Y’all need to find some competition for us,” Page said. “Do I need to bring my grandchildren down here to Selma for competition.”

On the women’s side, the team of Annye Braxton and Tommie Gilbert won the tournament by seven strokes over Annie Lovett.

After the tournament, golfers were treated to a delectable dinner of baked chicken, macaroni and cheese, green beans, rice.

The tournament nearly had a combined 10 teams compete in the one-day event that kicked off Jubilee Bridge Crossing weekend.

The format was a three-person scramble for both men and women. The fee was $75 per player and $225 a team.