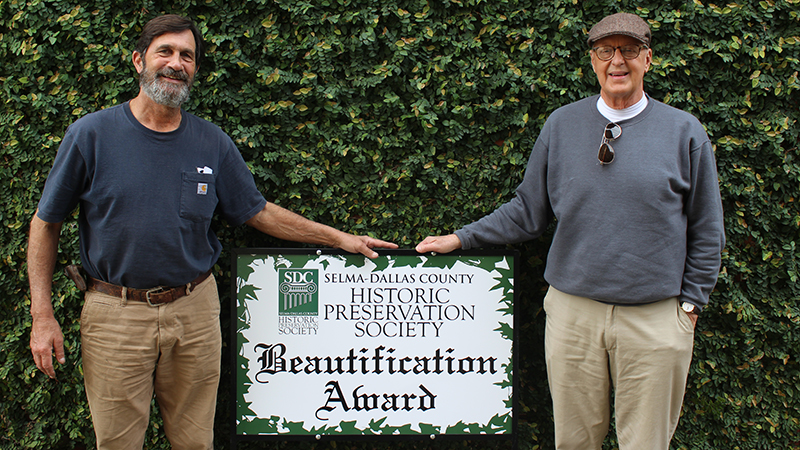 The SDCHPS will honor two properties that contribute to cultural, aesthetic, environmental and natural landscape of the city and county.

“There’s a lot going on right now,” said Old Town Association Representative David Tipmore. “There’s all sorts of rehabbing going on. That’s why this is such good timing to launch this initiative to keep encouraging people.”

SDCHPS President Greg Bjelke said the group is trying to get word out on the initiative.

“I would call it one of the Historic preservation board’s most important initiatives,” said Tipmore. “It’s to motivate the citizens here to acknowledge the beauty of Selma and to improve on it. The homeowners and the commercial property owners who are taking care of their residences and their buildings should be honored formally by our group and we’re happy to do it.”

“We need to brag about what we have here,” said Bjelke.

The SDCHPS issued Beautification awards some time ago, but eventually, they fell by the wayside.

“As with many initiatives, the people who start them get old, die or move away and then the initiative dies,” said Tipmore. ““This is an initiative we felt we needed to pick up again. The entire board is excited about this and looking forward to voting on it at our April meeting.”

The premier award was given to the Orrville Farmers Market in the fall.

“That was an excellent example of someone who took something that was run down and has fixed it up and just pumped life into that whole town,” said Bjelke.

The winners of the beautification awards will be announced by Bjelke in at SCDCPHS’s Annual meeting in May.

Nomination forms can be found at hisoricselma.org and must be sent with a photo by email to president@historicselma.org or mailed to Selma-Dallas County Historic Preservation Society, PO Box 586, Selma, Al 36702-0586.