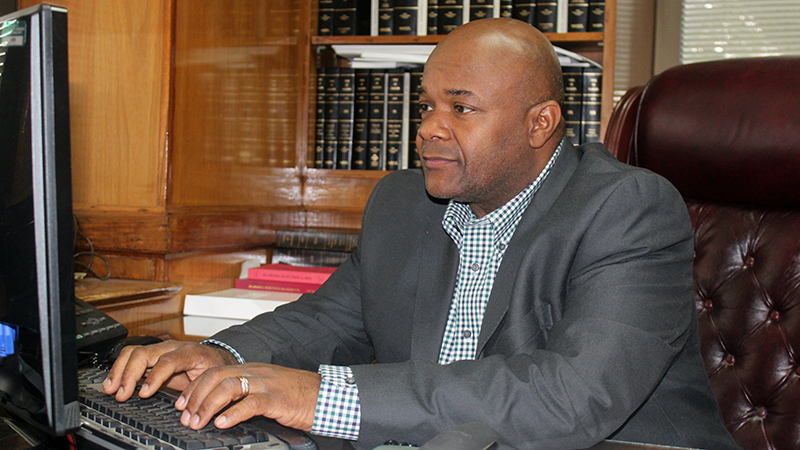 At Monday’s Dallas County Commission meeting, the commission unanimously approved a resolution to increase the compensation of Dallas County Probate Judge and Dallas County Commission Chairman Jimmy Nunn in the form of an expense allowance.
According to research presented by Dallas County Attorney John Kelly, Nunn’s level of compensation ranks 10th among the 14 probate judges in Alabama who also serve as their county’s commission chairman, despite serving as probate judge in one of the more populous of the 14 counties.
Kelly’s proposed increase in compensation was $30,500, which must be payed to Nunn in the form of an expenses allowance because, according to Kelly, the Alabama Constitution prohibits a compensation increase during an elected official’s term of office.
When added to Nunn’s current salary, which Kelly said was currently around $90,000, Nunn would be compensated around $120,500 annually for fulfilling his duties as both Dallas County Probate Judge and chairman of the Dallas County Commission.
According to Kelly’s research, the compensation of $120,500 is on par with Franklin County’s probate judge and commission chairman, a county with a close population to Dallas County’s.
After hearing the County Attorney’s resolution, Dallas County Commissioner Roy Moore weighed in on the resolution, acting as Commission Chairman in Nunn’s absence, who was asked to leave the commission chambers during the proposal.
“In conjunction with what the attorney has stated, the previous two probate judges also had local legislation passed to increase their salaries because it wasn’t up to par compared to other counties,” said Moore. “I think this is well in line with what these other counties are doing and we certainly don’t want to leave our probate judge out there where he would think we think less of him than we thought of any other probate judge or any county thinks of their probate judge because I think Judge Nunn, in the short time he’s been here, has already proven himself.”
The other three Dallas County Commissioners also weighed in on the matter.
“He’s just working, working, working,” said Commissioner Larry Nickles. “I wouldn’t swap probate judges with anyone in the state. I think we need to let him know that. We need to put him up to par.”
“Probate Judge Nunn is a gentleman and a scholar and I just thank God that we have a judge like him,” said Commissioner Curtis Williams. “He’s doing an outstanding job. He’s a hardworking gentleman and he’s dedicated to his job. I appreciate him so much and I just think that he should have this increase.”
“I think we need to get him up to par with these other counties,” said Commissioner Valerie Reubin. “He’s not only a probate judge, he’s an attorney so he knows a lot of the laws… we need to get him on up there where he needs to be.”
After unanimously approving the resolution, Kelly requested another resolution asking the commission to grant him permission to send a proposal of Nunn’s compensation increase in the form of an expense allowance to local delegation for immediate consideration.
Elsewhere in Monday’s meeting, the commission heard from Dallas County Engineer Coosa Jones.
Jones first presented the commission with a resolution to initiate a High Risk Rural Roads (HRRR) unshielded bridge ends project.
Jones said the guardrails would be replaced and end anchors would be added to three bridge sights in Dallas County.
Jones said that the project was partially funded by the Alabama Department of Transportation (ALDOT) through a competitive bid process and matched by Dallas County.
“This is something we’ve already considered and we need to have this resolution approved to initiate this project and get all the paperwork done,” said Jones.
The commission followed Jones’ recommendation and unanimously approved the resolution.
During his report, Jones also informed the commission that County Road 404 had to be closed Monday afternoon due to flood waters covering the road along several areas west of County Road 225 toward Wilcox County.