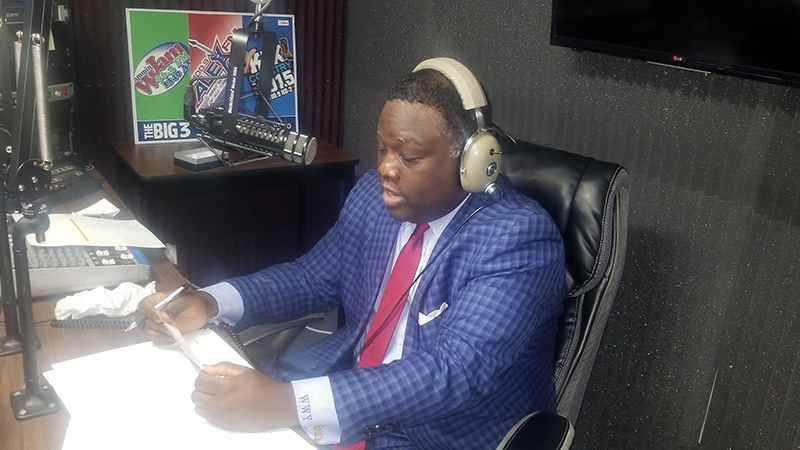 “We had a marvelous time,” Young said. “Just about everybody showed up, we only had about three that didn’t, so it was really great.”

Candidates then had one minute to make any final comments.

“They didn’t pull any punches,” Young said. They answered the questions directly. It was really good to hear from the ones that have served on the commission and get their ideas and perspectives. Then, getting the new ones on, it gave voters the opportunity to hear the different views and perspectives they have for Dallas County.”

Three candidates for commission were absent from the forum – Jerry Phillips and Barry Allen, District 4 candidates, and Connell Towns, a District 1 candidate – but two State School Board District 5 candidates, Tonya Chestnut and Billy Jean Young, made an appearance.

According to Young, one of the highlights of the evening was when Dallas County Commissioner Valerie Reubin, who is currently seeking reelection, voiced support for moving commission meetings to 5 p.m. to accommodate working people interested in attending.

“I was pleasantly surprised that she answered saying ‘yes,’ she would be willing to move the meetings to a time that would allow citizens to participate,” Young said. “I think that was a standout moment, where we’re in an age now that our candidates want to be as transparent as possible.”

“You’ve got some really solid candidates that were both able to express their backgrounds and reveal in their responses their knowledge of taxes,” Young said. “Their ability to do the job was really on display.”

In the end, Young said he felt optimistic about the options before Dallas County voters ahead of the March 3 primary.