Sewell, authors read to students ahead of town hall 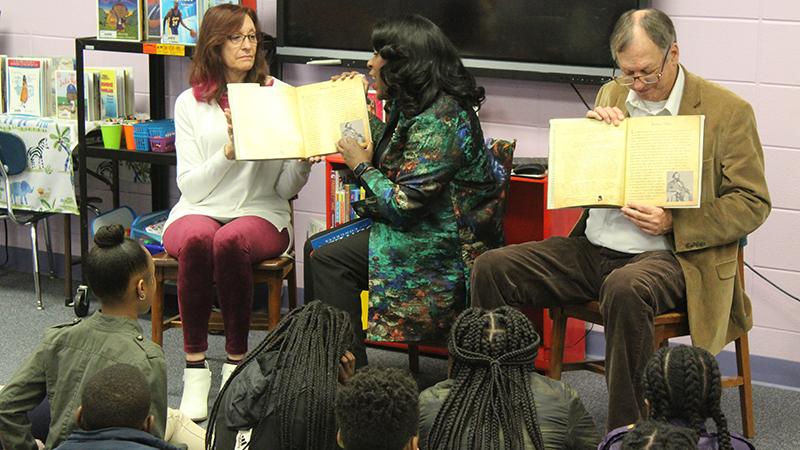 While at Clark, Sewell read from the book “The Slave Who Went to Congress” by Frye Gaillard and Marti Rosner.

Gailard and Rosner were also at Clark Elementary to sit in with Sewell as she read from their book.

“The Slave Who Went to Congress” tells the story of Benjamin Sterling Turner, who spent the first 40 years of his life as a slave in Selma before he became the first African American congressman from Alabama.

Gaillard and Rosner said that Turner’s story is an inspirational one for young readers.

“It really shows them that anything is possible,” said Rosner.

Sewell used Turner’s story to illustrate to the fourth-grade students that, through hard work and perseverance, their possibilities were endless.

Sewell described reading to the children about Turner as a “full circle moment”.

“Benjamin Turner was a slave, from Selma, who became the first black congressman to represent Alabama,” she said. “Here I am, 100 years later, the first black woman to be elected to Congress from Alabama.”

After the Congresswoman finished reading from the book and speaking to the students, each fourth-grade student received their own copy of the book.

“We are honored to have Congresswoman Sewell and the authors here to read to our scholars,” said Selma City Schools Superintendent Dr. Avis Williams. “It is so important our scholars know their history and this was a wonderful way to learn. This was a fantastic opportunity and our students being gifted the book was a great surprise.”