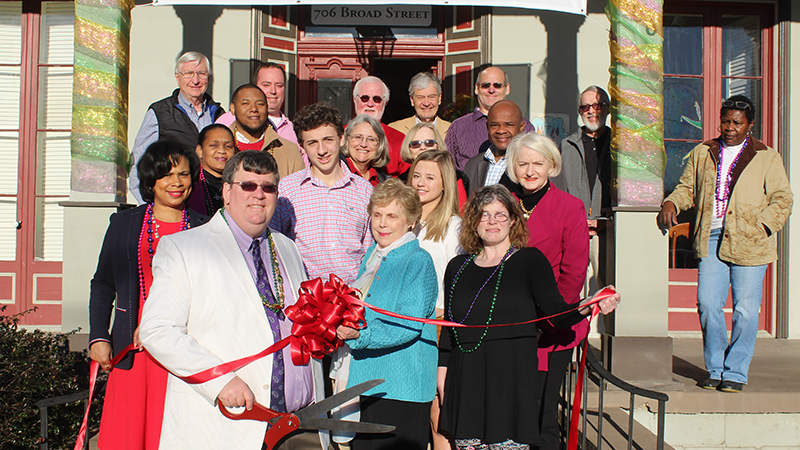 Minter Law celebrated its grand opening with a Mardi Gras themed party on Friday evening.
In addition to christening his new place of business, Jay Minter decided to open up his namesake law firm with a Mardi Gras party to celebrate getting through law school.
“You know, law school is hard,” he said. “I never really took the time the time to celebrate when I finished,” he said.
Minter began attending Jones School of Law in 2015 earned his law degree in spring 2018 and then attained his Masters in Law.
Before setting up the firm at 706 Broad St., Minter was a cotton farmer for 27 years.
“Practicing law was always my safety net back-up plan,” he said.
Minter’s office is filled with references to his six generations of Dallas County roots.
His mother’s paintings fill the walls of the conference room, and a standing desk from his family’s country store sits in his office.
After the ribbon was cut on Friday evening, Minter thanked his family for all of their support with a toast.
Selma – Dallas County Chamber of Commerce Executive Director Sheryl Smedley Thanked Minter for investing in his community.
“We’re so excited you’re here,” she said.
After the toast, Minter and everyone else celebrated with gumbo, red beans and rice, king cake, Moon Pies and other traditional Mardi Gras favorites.