According to the Selma Police Department (SPD) Capt. Johnny King, Harry Terance Dominick was arrested Friday and charged with one count of First Degree Theft of Property.

Dominick was arrested by the SPD’s Criminal Investigation Division (CID) following an investigation at the Edmundite Missions – Dominick previously worked as a chef for the Missions’ Bosco Nutrition Center. 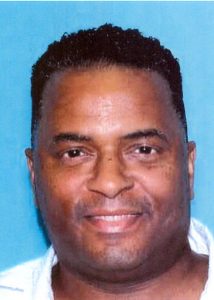 Dominick recently parted ways with the Missions,  but it is unclear if the separation was related to the theft investigation.

“Detectives were able to gather information and documentation from the local Missions, which indicated that Dominick was the primary suspect of the theft,” King said in an email.

Dominick was booked in the Dallas County Jail and his bond was set at $30,000.

According to King, First Degree Theft of Property involves property valued at more than $2,500 and carries a penalty of up to 20 years in prison and a fine of up to $30,000.

Both the SPD and the Edmundite Missions declined to comment further on the nature of the theft.

“On the advice of counsel, the Missions is not making any comments about this ongoing legal investigation,” said Edmundite Missions Director of Development and Communications Joe O’Quinn.