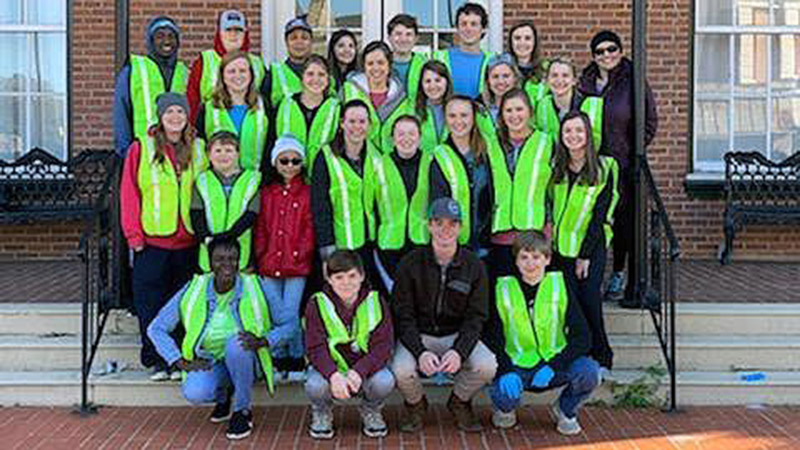 On Saturday, Selma City Councilwoman Jannie Thomas kicked off the “Keep Selma Beautiful” campaign by leading a throng of volunteers through downtown Selma in a bid to keep the city “litter free.”

“We had a lot of people turn out,” Thomas said. “We’re putting Selma on the map by keeping our city litter free.”

With Saturday’s event, Selma is officially part of the statewide “Keep Alabama Beautiful” campaign, which stretches to municipalities across the state endeavoring to keep their communities clean.

The effort to unite the city and county with the statewide initiative has been carried locally by Thomas and Dallas County Commissioner Valerie Reubin, who is currently embroiled in a reelection campaign.

Thomas noted that students from Morgan Academy, who volunteer once a month cleaning the stadium, were initially behind the idea of getting the city and county involved in the initiative.

“They devote their time every month to keep that stadium clean,” Thomas said. “They really do a lot of work around here.”

According to Thomas, the cleaning contingent, which also consisted of students from Christ the King Episcopal, covered most of downtown Selma.

“We wanted to start with the downtown area because we have tourists come through there all the time and it’s important that we keep those streets clean,” Thomas said. “We shouldn’t have trash and garbage on our streets.”

Thomas, who has long bemoaned the inaction of the city’s Public Works Department when it comes to trash cleanup, complained that downtown trash cans continue to overflow despite multiple volunteer efforts to keep streets empty of litter, trash and garbage.

“We want to keep Selma beautiful,” Thomas said. “We want to be litter free. We don’t need litter in our downtown area. Right now, our streets are clean, we got our properties looking good, but I’m going to keep working until I get it where I want it to be.”

Thomas said that she plans to lead another group next weekend in tackling areas along U.S. Hwy. 80 and Alabama Hwy. 22 in an effort to beautify all of the areas surrounding the city’s entry points.

Thomas said the church contacted her about wanting to give back in the city and she welcomed them into Ward 7 – on Saturday, members of the congregation handed out hotdogs and drinks while area youths played nearby.

“It was a nice day,” Thomas said. “They didn’t take anything back, everything  was given away. They wanted to give back to the community and they gave back in my ward.”