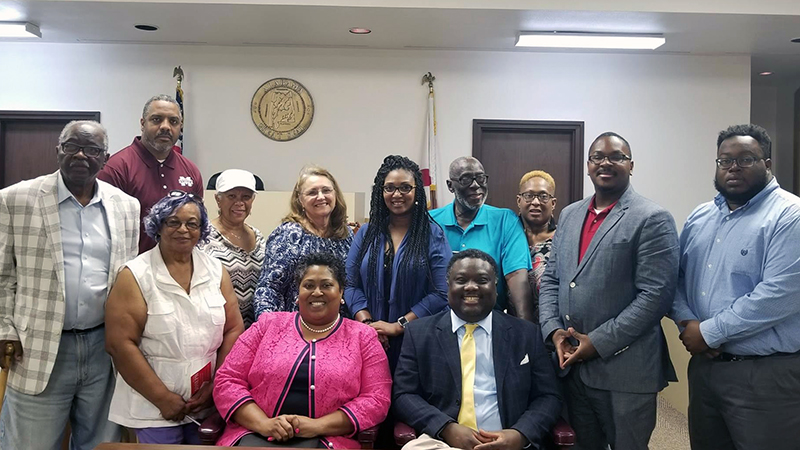 According to event organizer Donovan McGuire, the event will feature a moderator-led discussion, as well as opportunities for those in attendance to submit questions to the various candidates.

“Although we cannot endorse a candidate, we believe it is our duty as a committee to facilitate an environment that allows the public to become more engaged with the political process,” McGuire said. “More importantly, we as citizens should make it our duty to hold our elected officials accountable.”

McGuire asserted that the event is of special importance to voters, as it provides them with an opportunity to get more than a campaign pitch from their local candidates.

“It gives us an opportunity to meet and hear from our potential elected officials,” McGuire said. “In addition, we get a chance to look into the vision that each candidate has for their respective position and Dallas County as a whole.”

But voters aren’t the only ones that stand to benefit from the event – McGuire contends the event is as much of an opportunity for candidates as it is for the voting public.

“This event is important for candidates because it allows [them] to express to the public their platform and vision,” McGuire said. “The event provides the opportunity for candidates to engage with the public in healthy dialogue concerning pressing issues in our county.”

Voters will head to the polls on March 3 to vote in the local primary, which will feature the various county candidates for each position, as well as the wide slate of candidates vying for the Democratic Party’s presidential nomination, and will face a crowded field of ambitious politicos.

More than 30 candidates will be vying for county slots in the upcoming election and at least a dozen national figures will be on the ballot as presidential contenders.

McGuire hopes to hear the candidates discuss how they will utilize their experience, skills, knowledge and position in “Transforming Dallas County,” the them for the upcoming forum.

In advance of the public forum, the DCDEC is partnering with radio station 94.7 FM to host a radio forum Tuesday, Feb. 18, exactly one week before the forum at the Selma Performing Arts Center, hosted by DCDEC Vice Chairman Billy Young.

“We have always made it our mission to promote community engagement in the political process,” McGuire said. “We definitely will have more events in the upcoming elections to promote political education and political engagement.”

Phillips throws hat in the race for District 4…