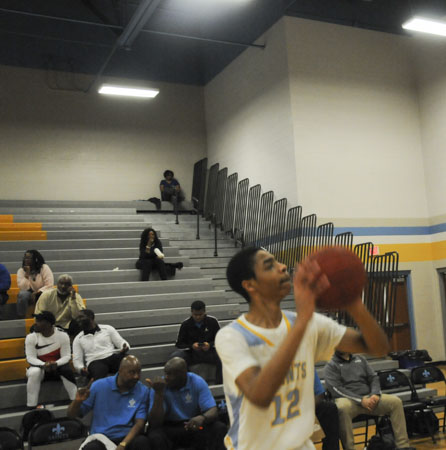 Selma High had several chances to reach the Class 6A Southwest Regional.

Paul W. Bryant used a strong second-half surge to knock off the Saints 49-45 in a 6A Sub-Regional contest on Tuesday night.

“We didn’t shoot the ball from the perimeter  the way we wanted, as a result of that, we had too many turnovers,” Saints coach Darron Rembert said.

Despite Bryant’s run, the Saints stayed close and had a chance to tie and force overtime in the closing minute.

Down 48-45, the Saints turned the ball over. The Stampede hit a free throw to put the game away.

“We gave ourselves a chance in the end, but we made too many turnovers,” Rembert said. “Give Bryant credit, they stuck to their gameplan.”

Michael Harris led Selma with 13 points in his final game as a Saint.

“We wanted to run Selma off the perimeter and make them beat us off the dribble,” Peck-Love said. “We also wanted to limit Moss’ touches.”