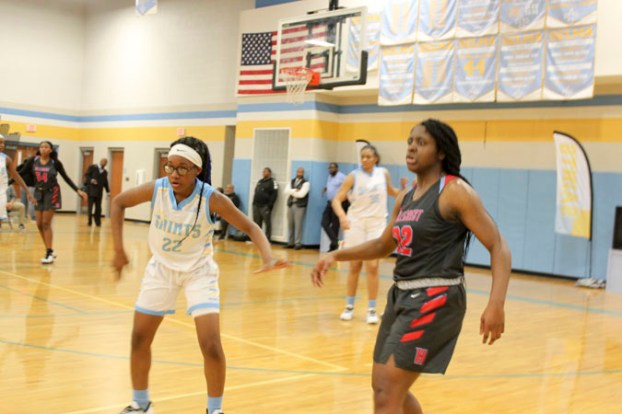 Rodericka Parker scored 16 points as the Lady Saints held off Hillcrest-Tuscaloosa 32-29 in a 6A Sub-Regional contest on Monday night.

Selma High will face Gulf Shores in the 6A Southwest Regional at noon Friday at Alabama State University in Montgomery.

The Lady Saints struggled for most of the contest, trailing 9-6 after one quarter and 11-9 at halftime.

But Selma High rallied in the second half as Parker got hot from three-point range and hard-nosed defensive play. Selma led 22-19 after three quarters and never trailed again. The Lady Saints grabbed the momentum.

“My girls played hard and they never quit despite not having things go their way in the first half,” Lady Saints coach Wil Morgan said.

“They played with desire and had the heart of a champion.”

Aeraonna Manuel also played huge in the second half, scoring 11 points. Manuel made clutch free throws in the fourth quarter.

The Lady Patriots, however, still had a chance to tie and force overtime in the closing seconds. Selma forced two turnovers during that stretch to put the game away.

Morgan Academy faces a pair of number one seeds in the AISA Elite Eight Boys and Girls’ Basketball Tournament at... read more