Voters list to be published ahead of primary election 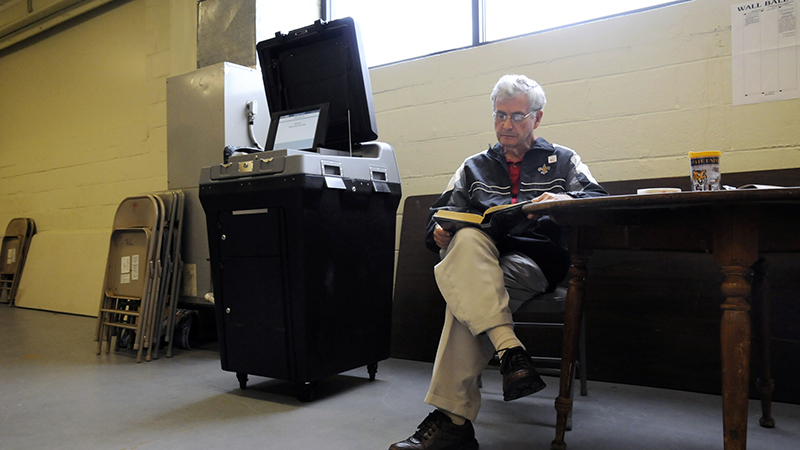 Alabama law requires that each county publish a complete list of voters ahead of primary and general elections – as such, The Selma Times-Journal will publish the Dallas County voters list Wednesday.

The list contains the names and voting precincts for all of the county’s roughly 30,000 registered voters.

“What we are asking voters to do is to look at the voters list and make sure that they are placed within the correct voting precinct,” said Dallas County Probate Judge Jimmy Nunn. “If they are not in the correct precinct, we’re asking them to call the registrar’s office or the probate office.”

This is Nunn’s first time overseeing elections in the county and though he doesn’t know quite what to expect from area voters, he’s remaining optimistic.

“This is my first election, so I couldn’t tell you what turnout is going to be,” Nunn said. “I have no idea what to expect. I would love to have everybody voting, but, most of all, I’d like to have a higher turnout than we’ve had in the past.”

Nunn believes this year’s election will draw bigger crowds due to the presidential primary.

Nunn said that most voters not included in the county voting list are not registered.

Some, however, are registered and have not shown up on the list due to an inactive status, which could be due to a lack of required information, and will need to seek clarity with local elections officials.

For the first time, county elections will utilize tablets in place of handwritten voters lists.

“When you show your ID, your driver’s license for example, there will be an instrument there to read the license and will pull up your information on the pad,” Nunn said. “It should be quicker and easier. From what we have heard from the other counties that are using it, it moves quicker, it’s much easier, the polling officials love it and it’s less time consuming. It’s also very accurate.”

Additionally, because the new National Guard armory on U.S. Hwy. 80 W is being renovated, voters who normally cast ballots there will go across the street to Joy Baptist Church, which will be used during both the primary and general elections, as well as a possible runoff.

For the first time, the runoff election, which is slated for March 31, will be held in the same month as the primary.

Voting machines will be tested at noon on Feb. 27 at the Dallas County Courthouse and Nunn said the public is welcome to attend.

While this will be Nunn’s first countywide election, he is leaning on his experience as Selma City Attorney, which had him overseeing city elections alongside the mayor and city clerk, to get through it.

“Compared with my experience with the city, working hand-in-hand with our city clerk and the mayor putting elections on in the city, it’s a little more work, it’s a little more advanced,” Nunn said, noting that now he has to correspond with the Alabama Secretary of State’s office. “There’s a lot of moving parts when you’re dealing with a countywide election.”

“We’re expecting a great turnout and I’m hoping this will be one of the best elections we’ve had,” Nunn said. “We’re trying to prevent as much chaos and confusion as possible on Election Day. We want to make this a good Election Day for the people in Dallas County. I just hope people come out and vote.”