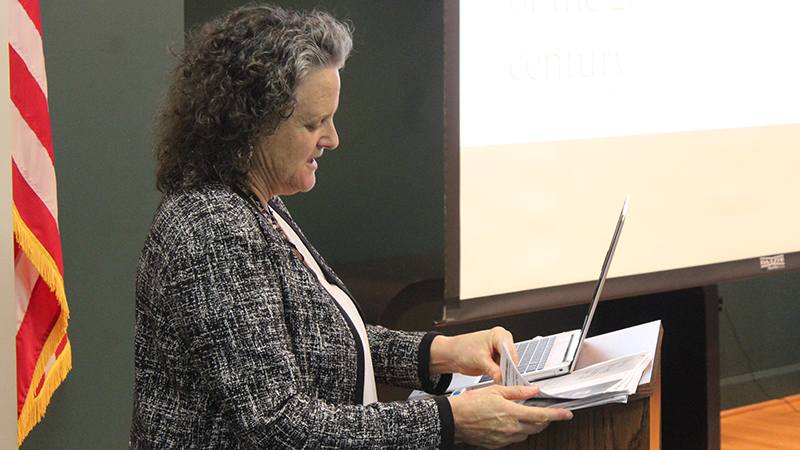 Christine Weerts presented an in-depth program on Rosa J. Young, who was instrumental in founding and promoting the development of Lutheran schools and congregations in Alabama’s Black Belt.

Weerts has done extensive research on Young and even authored a children’s book about her accomplishments entitled “Heroes of Faith: Rosa Young”.

“Her love for education came up against the fact that Alabama was not big on education for anybody and especially for blacks,” said Weerts.

Weerts’ presentation examined Young’s early life, education, role in establishing schools and churches and the legacy she left behind her.

“I learned about [Young] as an adult, later than I wish I would have, as a Lutheran,” said Weerts. “I think what’s amazing about her life is that it shows what one person can do. One person from an extremely poor background who’s not well educated, who didn’t have a lot of money, didn’t  have a lot of influence, yet she still could make these great things happen because of God and God working with her.”