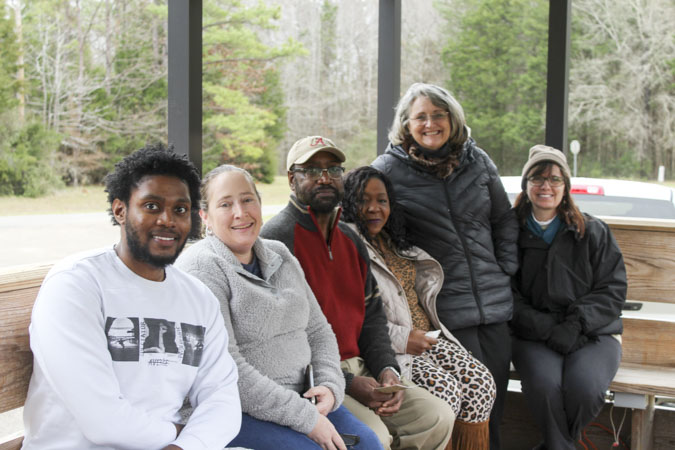 The park hosted a “Road to Freedom” wagon tour, telling the story of the emancipated African-Americans that rallied around the Cahawba courthouse in pursuit of voting rights.

Old Cahawba Archaeological Park Site Director Linda Derry told the group that “Road to Freedom” is her favorite among the organization’s tours.

“It makes me think about the meaning of freedom,” Derry said. “This look at the struggles for freedom from the inside out can be a humbling experience.”

During the tour, people learned by 1864, roughly 64 percent of Cahawba’s populations was African-Americans – after emancipation, these former slaves were able to engage in commerce and attain political power.

Selma residents who attended the tour, Anderson Taylor, Ruth Deramus and Raheem Smith, all enjoyed the history lesson. All three are African-Americans.

“It’s a historic tour and I’ve always been drawn to learning our history and where we came from,” Taylor said.

“This area was predominately black and they didn’t talk about it in the history books,” Deramus said.

“I’m a Selma fanatic and I love learning different parts about the area,” Smith said.