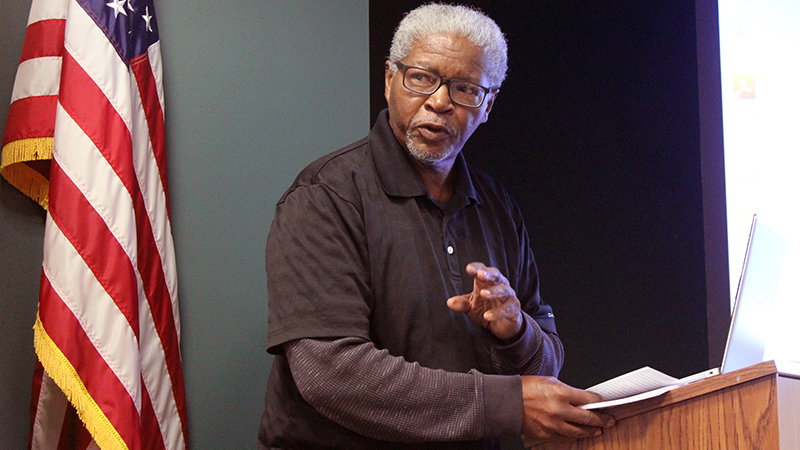 Author William Waheed was the guest speaker at Thursday’s Lunch at the Library held at the Selma-Dallas County Public Library.

Waheed shared some of the information from his book, “The Courageous Eight: Hidden Figures of the 1965 Voting Rights Movement”.

“This is what this book is about,” said Waheed. “It’s about looking at how we got here and honoring the people, the hidden figures, that made this thing happen.”

Within the book, Waheed informs readers about the founding of the “Courageous Eight,” their contributions to the Voting Rights Movement and the lasting impact of their legacy.

“I’m not an academician, I’m an activist,” said Waheed. “I wrote this book to keep pushing the envelope of the ‘Courageous Eight.’”

During his presentation on Thursday afternoon, Waheed informed the audience of the origins of the “Courageous Eight,” their participation in Bloody Sunday and the importance of educating future generations about their efforts.