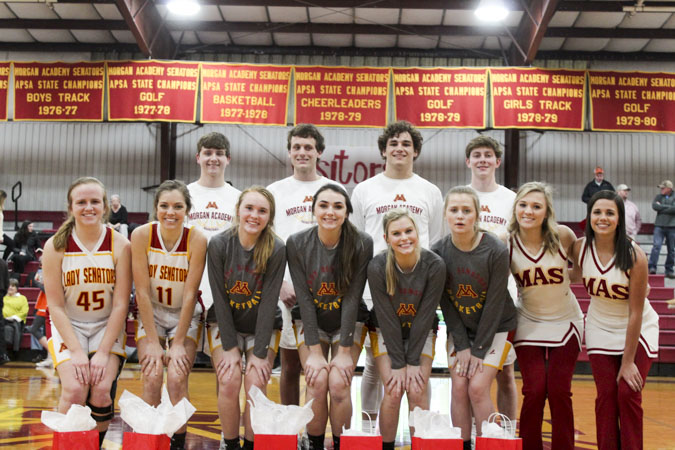 Morgan Academy celebrated Senior Night on Tuesday for its basketball players and cheerleaders.

Jeremy Lee turned the celebration into the best game of his career.

For Lee, a South Alabama baseball signee, it was just another game. He made seven three-pointers.

“It was just being able to play in front of my family and friends,” Lee said.

“It’s always good to see Jeremy Lee play like that,” Hutcheson said. “We’re hoping this is the start of a playoff run for us.”