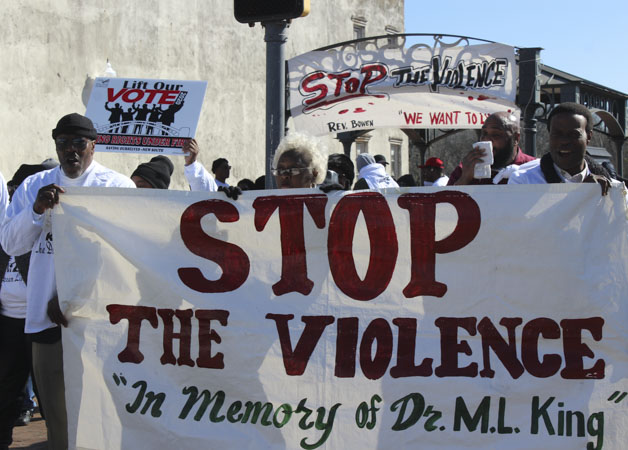 The march began on the steps of Brown Chapel AME Church and ended in front of the Edmund-Pettus Bridge on Martin Luther King holiday.

Two of the original Foot Soldiers, Betty Boynton and Florence Richardson, attended and were recognized during the program.

Leashore spoke and praised Bowen and the Safe Haven Center for making the rally a yearly event.

“I thank Bowen and the Safe Haven Center for having this,” Leashore said. “If you don’t stop violence, it will take over your neighborhood.”

Yusef Salaam, an attorney in Selma, was one of the speakers. Salaam, who’s run for Selma Mayor on several occasions in the past, spoke about ending violence.

Kathryn Galloway, who recently wrote a book, “Eyes on the Freedom Baby,” sang a few songs, including “We Shall Overcome.” Galloway’s book is about her father’s Civil Rights experiences that began when he moved to Selma in 1954.

The third Monday in January is a national holiday designated for King, a Civil Rights icon who was assassinated on April 4, 1968.