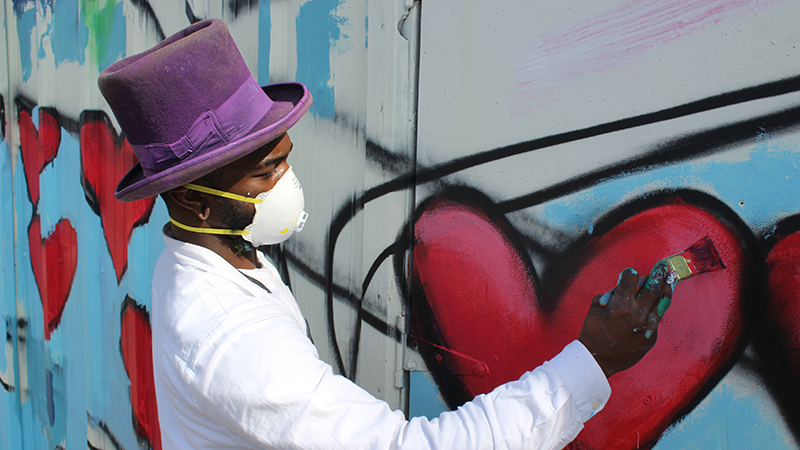 The students worked with ArtsRevive, Cougar Oil and The Links, Inc. to paint a mural on the rundown building which was formerly a body shop and is being reimagined as a maker’s space.

According to R.B. Hudson STEAM Academy Visual Arts Teacher Mariama DeRamus, R.B. Hudson students collaborated with one another over several class days to come up with the design for the mural.

“This is their ingenuity,” she said. “They were able to come together and come up with a design that encompasses the spirit of Selma and the spirit of the people here.”

The mural, featuring a rainbow of bright colors, is scattered with symbols of freedom.

ArtsRevive Executive Director Becky Youngblood said it was “awesome” to see the students come together and bring the mural to life.

“Not only are we making an unsightly building beautiful, but the future of this building is going to be really awesome,” she said.

According to Youngblood, the building will be used as a free community art space for the children of the neighborhood where they can go after school and on the weekends.

The former body shop and future creative space is owned by Cougar Oil.

Cougar Oil Secretary Rex Jones, who also serves as the Board President of ArtsRevive, said it was “amazing” to see the building repurposed into something new.

“This is a great example of how nonprofits and business can come together to benefit the community,” said Jones.

Dominick takes the reins at The Sandbar