Dominick takes the reins at The Sandbar 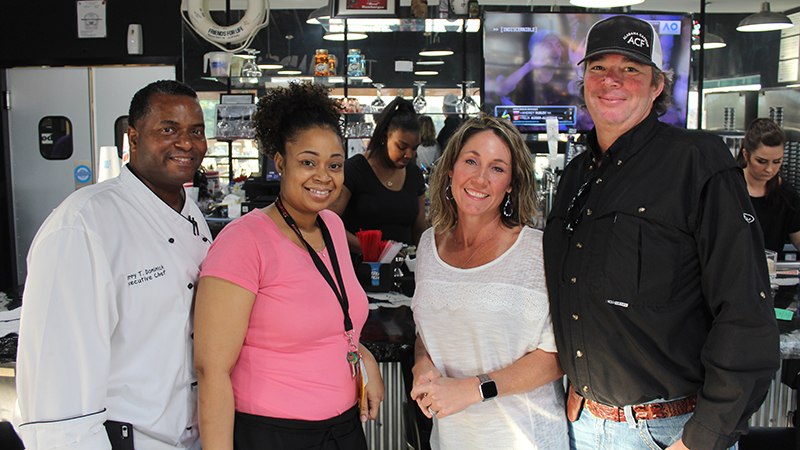 Local Selma seafood spot, The Sandbar, which temporarily closed its doors in November for renovations, reopened on Friday with Chef Harry Dominick running the show.

Dominick, known around Selma for his work as executive chef at the Edmundite Missions’ Bosco Nutrition Center, has revamped the menu to include an array of dishes from both land and sea.

The restaurant’s new lunch menu focuses on efficiency, boasting 10 items to be served 10 minutes after a customer orders for the price of $10.
Among the 10 items are sandwiches, salads, wings and seafood tacos available with shrimp, catfish or whiting.

“The lunch menu is geared for variety, quickness and affordability,” said Chef Dominick. “We want to get people a very good dish for $10 within 10 minutes.”

For dinner, Dominick says diners can expect to find dishes like hand-cut ribeye steaks, pasta and chicken as well as variety of seafood dishes.

Of the veritable cornucopia of new dishes available at the Sandbar, Dominick’s favorites include the aforementioned catfish tacos, seafood mac n’ cheese and hand-cut ribeye.

“I could eat that every day,” said Dominick.

Dominick said the menu is very hands on in terms of the preparation of the food.

In running The Sandbar, Dominick also wants to train those interested in the service industry how to execute things to the level of his high standards.

David Pearce, who owns The Sandbar with his with wife, Michelle, called the unification of The Sandbar and Chef Dominick the “perfect conglomeration”.

“I’ve grown up here,” he said. “[The Sandbar] is something Selma needs.”