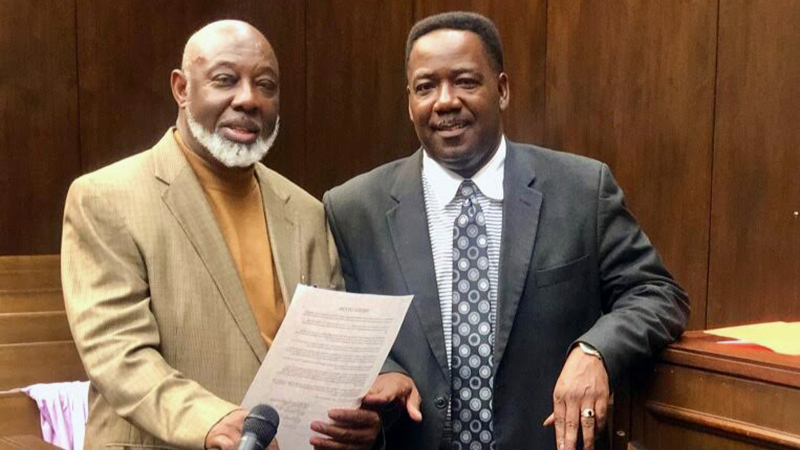 The resolution was brought forth by Truth, Racial Healing and Transformation (TRHT) Selma Co-Chairs Rev. Lawrence Wofford and Daron Harris – the resolution is part of a national campaign to get as many cities as possible to sign on to the accord.

TRHT Selma was established via a grant for the Black Belt Community Foundation (BBCF) from the W.K. Kellogg Foundation to establish a four-year TRHT Selma initiative.

Selma City Councilwoman Susan Youngblood was at the forefront of the push to get the resolution approved and she believes that Selma has already come a long way in terms of reconciliation.

Youngblood believes that, due to its history, Selma was a natural fit for signing onto the resolution.

“I think Selma being the place where the rubber met the road in terms of voting rights and civil rights, I think that was important to them,” Youngblodd said.

“Selma was the change agent for the world as far as unity and I think it’s very impactful that the community can unify together based on race to move forward toward equality for all people,” Bowie said. “We support that effort of reconciliation and unifying as a race of people, not based on whether you’re black or white or whatever.”

For his part, Harris applauded both the council and the resolution in general.

“I am thankful for working so closely with  Rev. Wofford, Councilwoman Youngblood and the Selma City Council for their endorsement of our efforts in celebrating the National Day of Racial Healing,” Harris said. “Having Selma’s civic leadership on board really underscores the increasing momentum and public support of what we have been working to achieve through Truth, Racial Healing & Transformation (TRHT) Selma. Racial Healing is good for everyone, In bridging divides in Selma or any city, it is a huge plus for the health of the community.”

TRHT Selma is working closely with the Selma Center for Nonviolence, Truth and Reconciliation (SCNTR) and the BBCF to host a slew of activities Monday, Martin Luther King Jr. Day, and Tuesday, the National Day of Racial Healing.

On Monday, there will be a community breakfast at the Edmundite Missions’ Bosco Center at 8:30 a.m., followed by the kickoff for the “Know Your Roots” program.

On Tuesday, there will be a 9:30 a.m. book talk at the Selma-Dallas County Public Library, followed by a Genealogy 101 session at 1 p.m. and a documentary screening at 4 p.m.