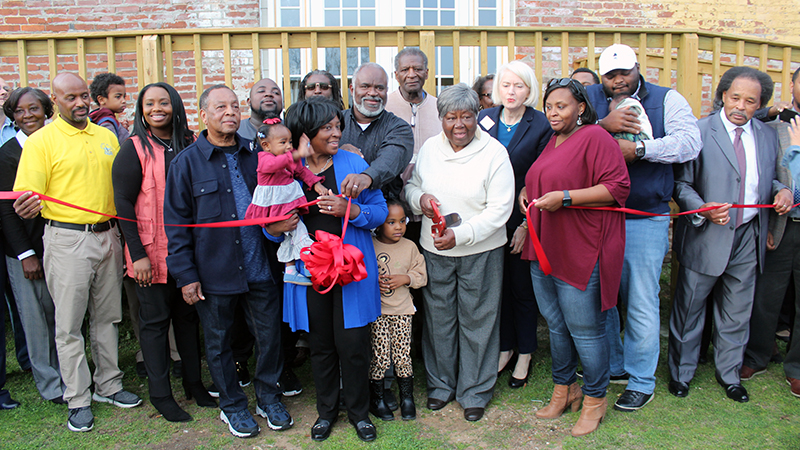 Though she was cutting the ribbon on her new business, Joyce Shivers Harris could thing of little beyond her mother, Mary Shivers, who turned 84 Thursday.

“It’s about her legacy that she’s passed on to me,” Harris said. “The real thing here today is the faith and strength I pull from her.”

The new event space on Green Street, Courtyard By The River, was nearly torn down earlier this year – Harris, a real estate agent trying to sell the building, stopped workers from tearing the building down and decided to open a business inside.

Though the building isn’t quite finished, Harris has already hosted a campaign event for state school board candidate Tonya Chestnut and a private event.

“There’s been a lot of love and compassion put in it,” said Selma-Dallas County Chamber of Commerce Executive Director Sheryl Smedley. “It was basically a shell and she put a lot of work into restoring it.”

Harris began cleaning up the old building last summer, which had been used as storage for years.

“It’s just a great asset to downtown and to the riverfront development,” Smedley said. “It’s a work in progress, but what she’s done is amazing so far.”