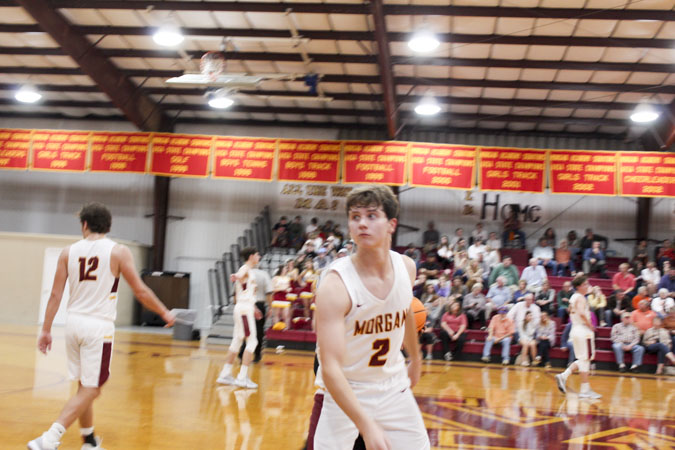 Morgan Academy played one of its best basketball games on Thursday.

“It was definitely our best game shooting from outside, we had six different players make three-pointers,” Morgan Academy coach Luke Hutcheson said. “It was a great team effort.”

Morgan Academy trailed 21-17 after one quarter, but outscored the Colts 14-4 in the second period to lead 31-25 at halftime.

The Senators emptied their bench in the fourth quarter and played reserves to finish the contest.

The Lady Senators jumped out to a fast start from tipoff and was never challenged by Hooper Academy.