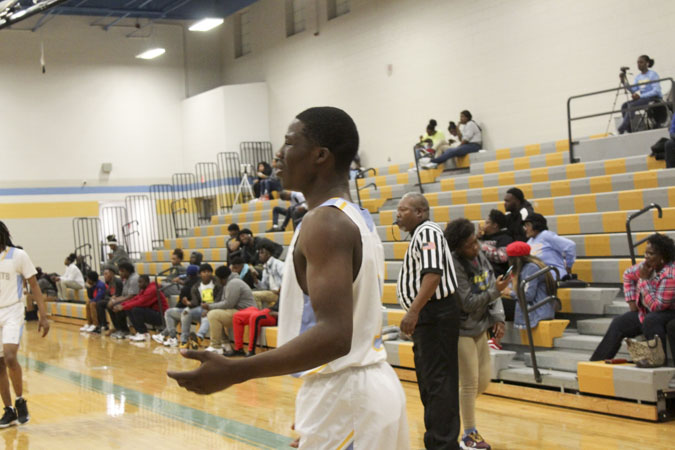 Selma High made a statement in its Area 3, Class 6A opener on Tuesday night.

Michael Harris scored 17 points as the Saints cruised to a 62-52 victory over Wetumpka at home.

“We had good intensity and focus on defense, we shared the ball and was able to get good shots on offense,” Saints coach Darron Rembert said. “We were able to come out and get ahead early.”

The Saints led from the opening tip, jumping out to a 24-12 first quarter lead and  32-21 at halftime. By the time Selma took a 45-30 lead into the game’s final eight minutes, Rembert played reserves.

Selma High led 33-16 at halftime and 51-23 after three quarters. The Lady Saints emptied their bench in the fourth quarter and played reserves.