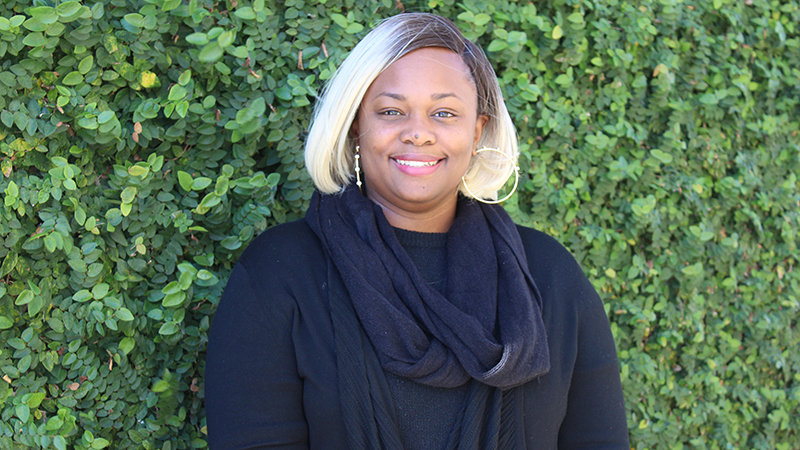 This March, three candidates will seek to fill the position of Dallas County Tax Collector, which is currently held by Tammy King, who will not seek reelection.

Janet Frasier, Tankia Neely and Kourtnie Nelson are the three candidates gunning for the spot to be voted upon on March 3.

Nelson, who currently serves as Chief Clerk at the Selma Municipal Courts Office, decided to run for Tax Collector because of her years of experience in the courts.

“For years, I’ve worked to serve the public,” said Nelson. “I’m looking to grow and use my resources at the Tax Collector’s office.”

Nelson describes herself as a people person with a love for working with the public and meeting and interacting with new people.

If elected Dallas County Tax Collector, Nelson would like to bring a positive energy to the Tax Collector’s Office.

“Everybody hates to go pay their taxes,” said Nelson. “I think that I can bring my people skills and bring warmth into the office. Just like at the Municipal Court, the Tax Collector’s Office is a place that no one wants to be. I’m looking to change that and build a relationship with the public.”

Nelson said she has already worked hard to bring a positive change to the Municipal Court.

“No one wants to be in court,” said Nelson. “A lot of people come in angry and yelling and fussing. My goal has always been that if they come in yelling, I want them to leave smiling.”

Aside from a positive energy in the office, Nelson would also like to make the online experience easier for people who chose to pay their taxes online.

As she’s been campaigning, Nelson has found that many people are intimidated by the website and have reservations about using it.

‘I’d love to hold some kind of seminar to show people how to use the program,” said Nelson. “It’s really easy once you give it a try. I think if we had more people participating online, it would cut down on lines at the office.”

Helping people with online tax payment is just part of Nelson’s plan to be accessible to the public if elected in March.

“I don’t want to be regulated to business hours,” she said. “If people need me, I want them to come find me.”

Nelson encourages everyone in Dallas County to give her their vote this March because of her experience, ability to interact with the public and her experience at the Municipal Court.

“I have a lot of ideas I would love to bring to the Tax Collector’s Office,” said Nelson.
Nelson will kick off her campaign this Sunday, Jan. 12, at 4 p.m. at Y-NOT Entertainment located at 2940 County Road 27.

“Everyone is welcome to come out and ask me any questions they may have,” said Nelson.