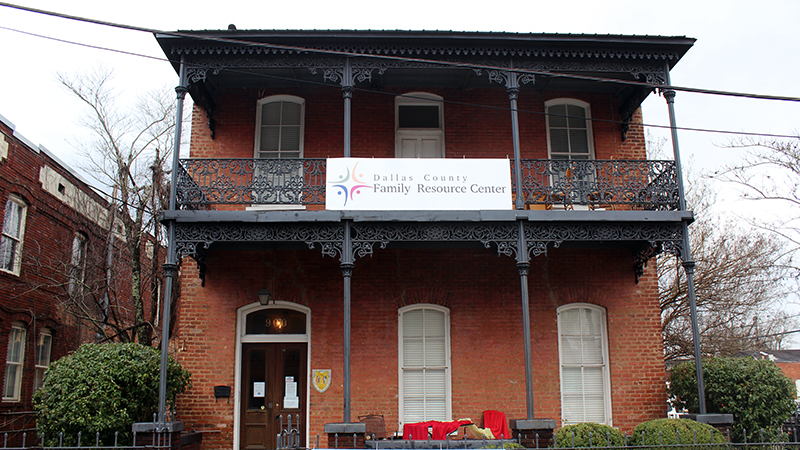 A trickle of sunlight dashed through the window at the end of the desk and rested on the hand of James Thomas, Executive Director of the Dallas County Family Resource Center (DCFRC), as he split time between putting the finishing touches on a presentation he’s giving next week and filling out the mounds of paperwork required to put the center’s Emergency Solutions Grant into action.

From his desk, Thomas could see a trickle of traffic on Church Street below, a wholly different view from the one he had at the center’s old building along Hwy. 14. 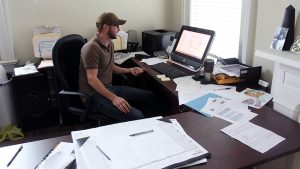 The DCFRC moved to its new location on the corner of Church Street and Alabama Avenue in November, at the same time that it was managing the annual Riverwalk Christmas Tree Fundraiser, only closing for a week to get everything moved downtown.

“It was quite difficult,” Thomas said with a laugh. “I tried to move everything in one week – sometimes I can be a little overzealous, so that didn’t work out like I’d planned.”

Still, Thomas and the DCFRC crew shifted their operations within the week and were up and running immediately thereafter.

“We weren’t completely set up, but we were seeing clients,” Thomas said. “We feel a sense of duty to serve the people of Dallas County. We can’t just turn someone away that’s in need.”

The new building at 900 Alabama Ave. is decidedly smaller than the previous building.

“It’s a tight squeeze,” Thomas said. “It’s been difficult. We’ve been having to downsize in a lot of ways.”

Because the new building lacks additional space for an oversized classroom, the DCFRC has had to cut class sizes for its various programs, such as parenting and financial literacy classes.

However, Thomas said that change has given the center an opportunity to work with other organizations in the area and host off-site classes – the center recently hosted one of its popular parenting classes at Selma High School.

Most of the furnishings in the new center – the desks, couches, chairs and other items – were donated, as were the items pouring out of one of the center’s front rooms.

“We’ve gotten a lot of support from the community,” Thomas said.

Despite the current growing pains and the minor adjustments that have had to be made, the DCFRC is still offering its same slate of programs to low-income and homeless residents of Dallas County and Thomas believes the new location gives the center a better vantage point from which to offer those services.

“We have wanted to be downtown as long as we’ve been in existence,” Thomas said. “The old place was kind of out of the way and it made it difficult to provide for the people we serve.”

Because the previous center was out of the way and many of the DCFRC’s clients don’t have access to reliable transportation, Thomas said the center was spending a lot of time organizing transportation to simply get people to the center, causing a strain on the center and its employees – now, the DCFRC can be accessed by foot.

“With what we’re trying to do to serve the homeless population in Dallas County, it just makes more sense to be downtown,” Thomas said.

Beyond that, Thomas said the center’s new location provides new opportunities to partner with other organizations.

Further, its proximity to the courthouse means that the court can send people across the street to access services and the center can be on hand for juvenile and court probation cases.

“I feel like we have a better  presence in the city here,” Thomas said.

And though Thomas is still in the throes of a moving process that hasn’t yet reached its conclusion, he is already looking toward the future – setting up a small classroom on-site, getting the word out about the new location and ensuring that the Emergency Solutions Grant, which the center received last year to assist individuals and families quickly regain stability in permanent housing after experiencing a housing crisis or homelessness, gets rolling by the first of next month.

Once that happens, Thomas and the DCFRC staff will be setting up temporary housing units and turning to the community for furnishings and other donations.