Work progressing at St. James, could open at end of February 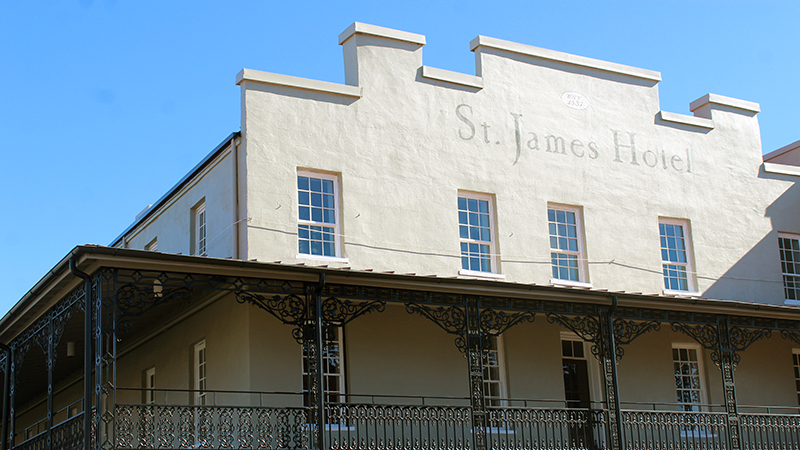 At only 37 years old, Ryan Dunivant might seem like he lacks the bonafides to run a hotel, but the new General Manager at the historic St. James Hotel is confident in his abilities and anxious to see the old building spruced up and once again welcoming guests.

“I’ve got some experience opening hotels,” Dunivant said. “Rhaglan is giving m a big opportunity and, I think, giving Selma an opportunity, too.”

While the St. James Hotel will be Dunivant’s first foray into managing a hotel, the Alabama native boasts and impressive backlog of experience – Dunivant earned his degree in hotel administration from the UNiversity of Nevada – Las Vegas and already has 15 years of experience in the business, having assisted in the opening of the Renaissance Hotel and Spa in downtown Montgomery.

According to Dunivant, progress at the hotel is on schedule and indications point to a Feb. 27 opening.

“We’re looking good,” Dunivant said. “We’re getting closer. A lot of factors play into that and any one of them could push us back, but things are coming along and the renovations are looking great.”

Dunivant said people familiar with hotel in earlier eras may be surprised with some of the changes being made – the hotel restaurant, formerly known as The Drinking Room, has been renamed The Sterling after Benjamin Sterling Turner, who was elected Dallas County Tax Collector in 1867 and served as a member of the Selma City Council in 1869.

Dunivant said that the wall between the bar and the restaurant has been removed and a grand staircase has been installed in the lobby – previously the second floor was only accessible via elevator.

Additionally, the banquet space has been removed, as have the suites, to accommodate more guests – according to Dunivant, the changes mean that the hotel now has 55 rooms as opposed to the previous 42.

While the shifting deadlines and mounds of work sometimes leave him overwhelmed, Dunivant is excited about the future.

“I feel honored to be given this opportunity,” Dunivant said. “I have confidence in my skills, so I’m not nervous about the job, but of course opening a hotel is a nerve-wracking thing.”

Despite that, Dunivant has been able to find joy in his work.

“It’s fun, it’s a lot of fun,” Dunivant said. “We get to do things the way we think they should be done to run this hotel the right way.”

Currently, Dunivant is one of only three employees – the hotel has already hired a Food and Beverage Manager and a Front Desk Manager.

Dunivant said this Friday’s job fair at ArtsRevive is only the first opportunity that the city has to get involved in the hotel’s operations.

“Selma’s got some superstars that can provide some great service,” Dunivant said. “We’re just coming down to find them. The city’s got to be brought in, so we’re looking for those people that truly want to make Selma a shining star.”

According to Dunivant, the hotel will be looking to fill about 40 positions in all.

If everything goes according to plan and the St. James Hotel opens on Feb. 27, Dunivant said it will immediately be fully operational.

“I can’t guarantee anything,” Dunivant said. “We don’t want to rush things and open if we’re not going to be at the top of our game on day one – the last thing we want to do is give the St. James a black eye.”