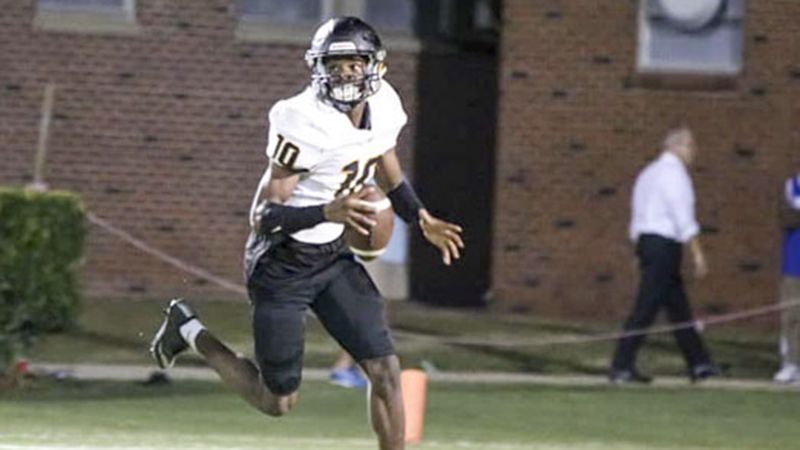 A former Selma High quarterback was named finalist for AISA Back of the Year by the Alabama Sportswriters Association (ASWA).

All-around performer Tyreshon Freeman of Autauga Academy is one of three finalists.

“It feels good to to be nominated as one of the best backs in AISA,” Freeman said. “I’m very blessed and I thank God for the gift he gave me to play football. I was surprised at first, but that hard work you put in over the summer pays off.  When you show it on the field, a lot of people see it.”

The other two finalists are Cephus Cleveland of Macon-East Academy and Bessemer Academy running back Jarvis Dancy. Freeman and Cleveland are both seniors, Darcy’s only a junior.

Freeman played a big role in helping the Generals win a AISA state championship in November.

The 6-foot-2 Freeman threw for 482 yards and nine touchdowns. He  also rushed for 519 yards and 10 more scores. At defensive back, Freeman had two interceptions.

The back and lineman of the year in each classification and the AISA will be announced at the annual Player of the Year banquet in Montgomery on Jan. 14. The overall Mr. Football in the state for 2019 will come out of the group.