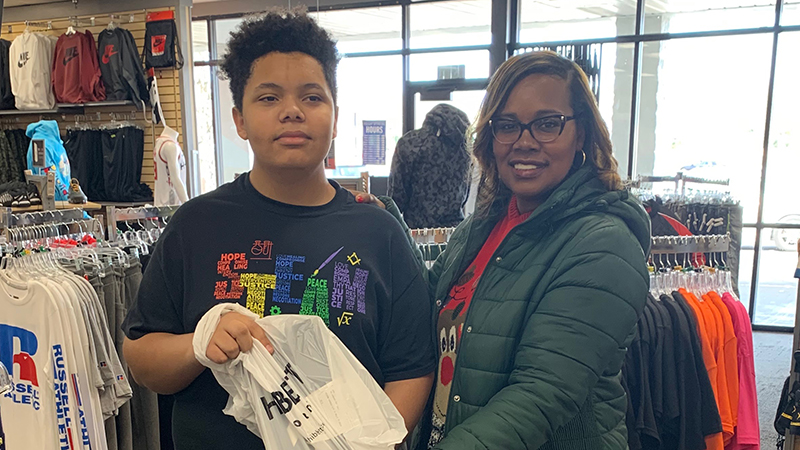 Young was chosen to be the recipient of the award by R.B. Hudson’s teachers and administrators for exemplifying positive behavior and exceeding in the classroom.

After being crowned GOAT, Young was given the opportunity to choose a pair of shoes from Hibbett Sports for his achievement.

“We took him to the store of his choice to purchase any pair of shoes he wanted and he chose to get his brother shoes instead,” said Curtis. “What a blessing.”

While Young received the Student GOAT Award, Coach Calvin Martinez Marshall was chosen as the month’s recipient of the teacher’s GOAT Award.

“No explanation needed, the greatest of all time,” said Curtis.

Marshal received a $50 gift card for his achievement.

“We are pleased to celebrate, recognize and reward our scholars and teachers for demonstrating positive behavior,” said Curtis. This will continue to be our practice at R.B. Hudson to shift our culture and build morale.”