City attorney notifies city of his departure next month 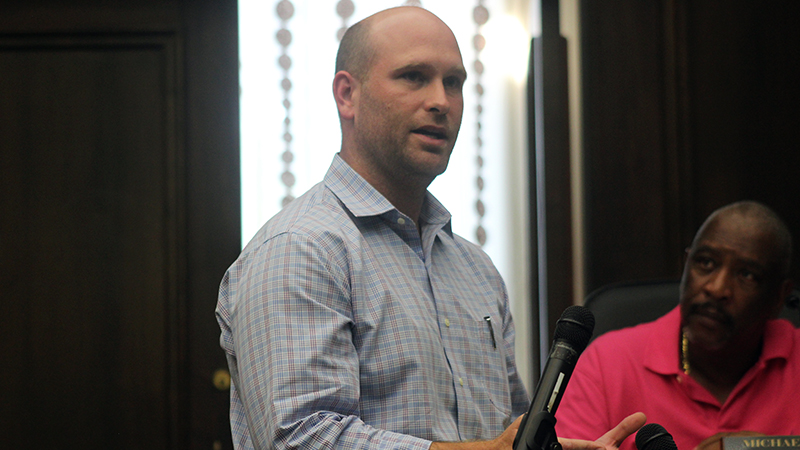 In a letter addressed the Selma Mayor Darrio Melton and the members of the Selma City Council, Selma City Attorney Woodruff Jones – a partner in the local Gamble, Gamble, Calame and Jones law firm – stated that he would be resigning from his position with the city effective Jan. 19.

Jones was appointed earlier this year and his proposed salary, more than $97,000 in Melton’s draft budget, was nearly $30,000 more per year than his predecessor, current Dallas County Probate Judge Jimmy Nunn.

In the letter to the mayor and council, Jones stated that the current workload designated for a city attorney is so much that a full-time attorney needs to be hired.

Jones has not been handling the duties alone – firm colleagues Harry Gamble and Graham Moseley, who recently appeared before the council in Jones’ stead, have helped carry the load – but Moseley is set to depart from the law firm in February, leaving one less attorney to handle to carry the load of a city already deep in litigation.

Jones noted in his letter that city has two means by which it can appoint a full-time city attorney – an attorney can either be appointed by the mayor or hired via an agreement with the council.

Despite his planned departure, Jones stated that he and his law firm would be available to work with whoever the city hires to take on the role.

“We will be available to help whoever the mayor or council hires with a smooth transition,” Jones’ letter said. “There also may be some specific legal matters that we may need to stay involved in and we will be happy to do that if that is the council’s wish.”

Jones’ letter concluded by thanking the mayor and the council for the opportunity to represent the city.

“We love our city and do not take the opportunity the council and mayor provided for us granted,” Jones’ letter stated. “We are especially grateful for the relationships we have built.”

“It is cumbersome sometimes when you work for a law firm and then you have to provide services for a municipality with our level of requests,” Bowie said.

“That’s something that we definitely need,” Bowie said.

Over the past several days, Bowie has been discussing the issue with local attorneys – most noted the difficult position that any attorney would find themselves in if they took the city post.

“Nobody wants to come into a combative environment and what’s what the situation is,” Bowie said. “I don’t know what we’re going to do, but it’s something we definitely need to go on and address as soon as possible.”