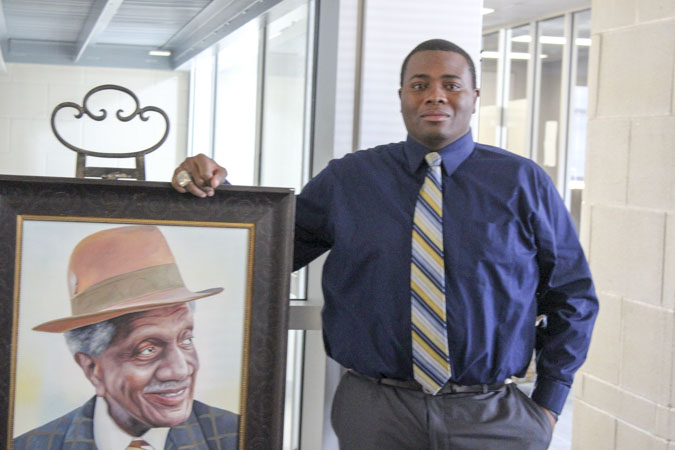 Football coach Willie Gandy made a big impact in his first season at Selma High.

Gandy is The Selma Times-Journal’s prep football coach of the year.

“I’m proud of the honor of being named coach of the year,” Gandy said.

Gandy edged out two other first-year coaches, Dallas County’s Heath  LeVert and Charles Moody of Southside, for coach of the year. Selma High beat the Hornets in  a one-half jamboree and edged Southside in its season-opener.

“It’s a great honor to be recognized in the same category with both LeVert and Moody,” Gandy said. “They are both good football coaches.”

Under Gandy, the Saints went 6-5 and made the first round of the Class 6A state football playoffs. He was hired over the summer.

“I give credit to the coaching staff and players,” Gandy said. “I wouldn’t be here as coach of the year if not for them. It was a lot of hard work. I thank Dr. Williams and Principal Pritchett.”

Gandy is equally proud that the Saints produced a Division I football signee in offensive tackle Jeremiah Wright, who signed a national letter of intent with Auburn last week.

“I’m excited and I’m very happy for Jeremiah,” Gandy said. “I’m proud of him. The sky’s the limit for Jeremiah. This could be the start of something big at Selma High.”