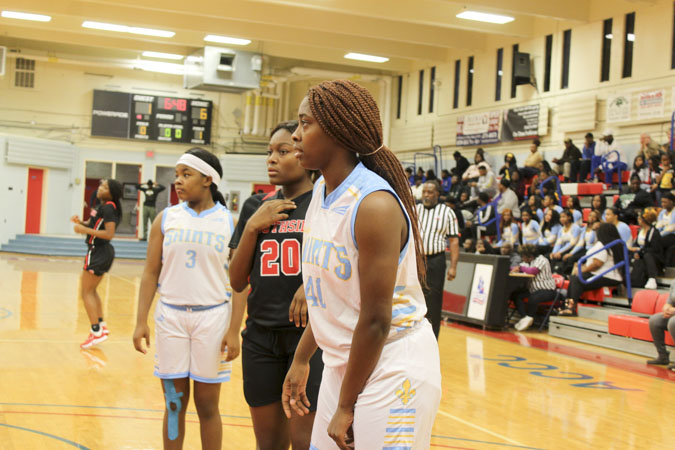 Selma High is one win away from defending its Dallas County Schools Girls’ Basketball Tournament championship.

Rodericka Parker scored 21 points and made eight assists as the Lady Saints hammered Southside 54-29 in the tournament semifinals on Friday at Wallace Community College-Selma.

The Lady Saints advanced to the tournament finals at 4 p.m. Saturday.

Selma (6-3) jumped out to a 14-2 lead in the game’s first three minutes and they never looked back.

“The girls came out with a lot of energy and I’ve been stressing that to them,” Lady Saints coach Willie Morgan said. “They played great defense and made a lot of steals.”

Parker said one of her individual goals is to repeat as tournament champions and earn a second straight MVP honor.

“It’s important because I want to win another title,” Parker said.

The Lady Saints had two other solid performers: Aeraonna Manuel and Saryah Pope.

Manuel was the Lady Saints’ other double-figurer scorer with 10 points. Pope scored nine points, but grabbed a game-high 14 rebounds.