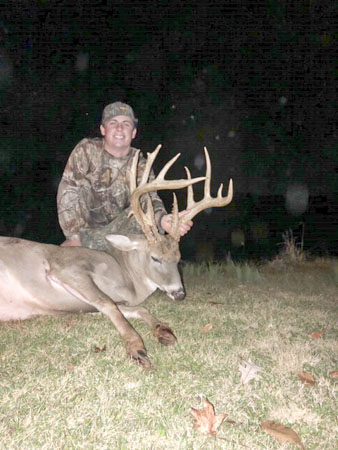 “I am excited about it,” Williams said. “I’ve been trying to get that deer for a long time.”

Williams said he used a 7 mm Remington Magnum and picked the right location to tag the deer.

Williams, a freshman at Auburn University, said deer hunting is one of his favorite things.

“I can get outdoors and relax a little,” Williams said.

At Auburn, Williams is currently majoring in Agricultural Engineering.

“My first semester at Auburn was good,” Williams said. “It was a little bit of change from Morgan Academy to Auburn. I’ve enjoyed it.”