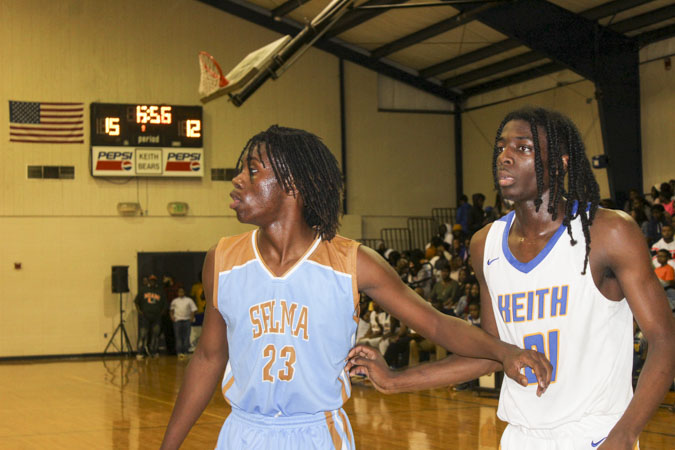 The Dallas County Schools Basketball Christmas Tournament tweaked its format for this year.

The tournament starts Thursday and concludes with the finals on Saturday at Wallace Community College-Selma.

Arayvion Jones of Keith and Selma’s Rodericka Parker, last year’s Tournament MVPs, are back for their senior seasons and ready to win another tournament crown.

“I think it’s going to be a very competitive tournament,” Reeves said. “All of the teams are playing well this year. Each game is a rivalry game. You have to make sure you have your team focused and ready to play.”

On the boys’ side, Southside faces ECA at 3:30 p.m. and Selma High faces Wilcox at 7:30 p.m. Daron Rembert is the Saints’ first-year coach.

Most of the Dallas County teams have already faced each other this season.

Keith beat Selma and Southside, but lost to Dallas County.

“It should be a good one,” Hornets coach Cliff Nix said. “All of the teams are competitive and playing well  into mid-season form. It’s some good basketball going on in the Black Belt and surrounding area.”

Darrell Walker said he’s looking forward to his first game in the tournament as Southside’s basketball coach and Athletic Director.

“A lot of talent is in the tournament. It should be the best tournament in the state during the holidays.”

“The tournament is always exciting for us because it’s a clash of the local teams competing in a highly competitive tournament,” Rembert said. “It’s great for our fans and the spectators look forward to coming out and watch good high school basketball. We are making our preparations accordingly as we want to put our best basketball on display because it’s the exact expectation what our opponents are planning to do.”

The top-seeded Lady Saints are considered a favorite to defend their tournament title.

“The Dallas County Tournament gives us a great opportunity to continue to grow as a team,” Morgan said.

“It provides excitement for the holidays. Playing against other teams in Dallas County is great for the community.”

“We are looking forward to another opportunity to improve as a team,” Smith said. “We have improved since the first practice, but we still have a long way to go. This is a great chance to continue building our team, compete against local teams and start Christmas break.”